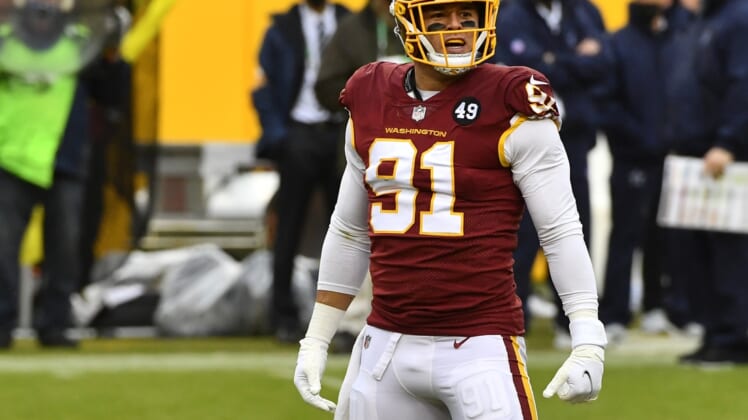 Kerrigan made his introduction to Eagles fans and his farewell to Washington fans in separate Instagram posts.

“I know I probably wasn’t your favorite player over the past decade, but Philadelphia Eagles fans I’m fired up to be playing for you guys now!” Kerrigan wrote.

Kerrigan, who is Washington’s all-time sacks leader with 95.5, played in 156 games (141 starts) in 10 years for the franchise. Washington selected Kerrigan with the No. 16 overall pick in the 2011 NFL Draft.

“I’ll never be able to sum up what these past 10 years have meant to me in an Instagram post, but what I can say is that they have been some of the best of my life,” Kerrigan wrote in a separate Instagram post. “I hope you had as much fun watching me as I did playing for you. Thank you, Washington, for everything.”

Kerrigan, 32, appeared in all 16 games during nine of his 10 seasons with Washington. Last season, however, he started just one game and finished with 5.5 sacks and 17 tackles. The four-time Pro Bowl selection saw his playing time dip in 2020 with the emergence of Defensive Rookie of the Year Chase Young and 2019 first-rounder Montez Sweat.