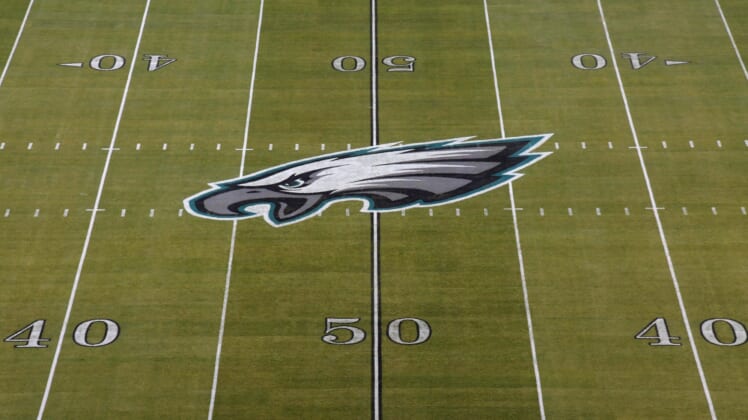 The Philadelphia Eagles shocked the NFL world by firing head coach Doug Pederson on Monday. Now, the organization is moving quickly with its coaching search as another surprising candidate has emerged to take over in 2021.

Philadelphia’s process to find its next head coach will be thorough, with owner Jeffrey Lurie and general manager Howie Roseman keeping an open mind. College head coaches, defensive coordinators and offensive coordinators are all generating interest or have already spoken to the organization. However, a surprising and familiar name could now be emerging for the Eagles.

According to NFL Network’s Ian Rapoport, the Philadelphia Eagles may consider Mike Kafka as their next head coach. He has ties to the organization from his playing days and is believed to be a rising name in the coaching ranks, with special interest thanks to Andy Reid’s coaching tree.

It’s a fascinating target, given Kafka’s limited coaching experience. In most hiring cycles, coaches without any experience as a coordinator tend to be looked past until they prove themselves capable of handling more responsibilities. It would also be an interesting direction to take, given the Eagles just fired a head coach directly from Reid’s tree.

The interest in Kafka is also ironic, given the recent buzz surrounding Eric Bieniemy. NFL insider Matt Miller recently shared from a league source that there was an increasing chance Bieniemy won’t be hired this offseason. The biggest reason behind that, per Miller, is concerns about Reid’s coaching tree and about having to wait until after Super Bowl LV to hire Bieniemy.

Kafka has significantly less coaching experience than Bieniemy, especially at the NFL level. He has only worked under Andy Reid since making the transition to NFL coaching and he would face the same time constraints for hiring a staff, if hired and the Chiefs reach the Super Bowl.

The Eagles have some familiarity with Kafka. The organization drafted the former quarterback with their fourth-round pick in the 2010 NFL Draft. Praised for his intelligence and intangibles, he never saw the field as the team’s third-string quarterback in his rookie season. In 2011, he appeared in four games and completed 11-of-16 attempts with zero touchdowns and two interceptions.

Kafka spent the 2013 season on practice squads for the New England Patriots and Jacksonville Jaguars. He signed with the Tampa Bay Buccaneers in 2014, but never appeared in a game. He bounced around with the Minnesota Vikings, Tennessee Titans and Cincinnati Bengals in 2015, but never made the active roster.

Following his retirement, Kafka joined Northwestern as a graduate assistant. He made the jump to the NFL in 2017, joining Andy Reid’s coaching staff as an offensive quality control coach. The following year, he was promoted to quarterbacks coach and has retained that role since 2018.

Ultimately, the Philadelphia Eagles will likely target a more experienced coach to work with Carson Went. As for Kafka, if Bieniemy lands a job, he could step in as Kansas City’s offensive coordinator in 2021. Once he adds that to his resume, with the potential for multiple Super Bowl rings on his fingers, he could be the top candidate in 2022.