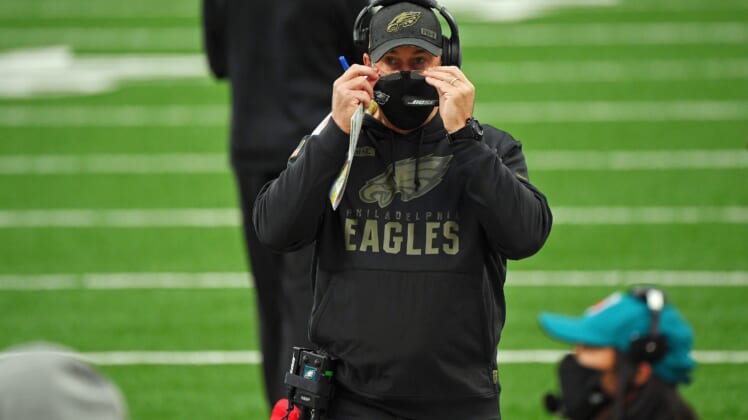 Philadelphia Eagles head coach Doug Pederson was fired on Monday, the decision coming just days after rumors surfaced that he could be on his way out.

NFL Network’s Tom Pelissero first reported Pederson’s termination, with the decision being called a mutual parting of ways. The news comes just two weeks after the Eagles were expected to retain him as head coach for the 2021 NFL season.

Team owner Jeffrey Lurie reportedly had concerns about Pederson’s ability to overhaul the coaching staff this offseason. Pederson recently met with Lurie, per The Philadelphia Inquirer‘s Jeff McLane. During that meeting, he entirely pitched the club’s owner on making internal promotions with the coaching staff and largely keeping the same coaches in place who played a role in the team’s disappointing season.

The Eagles’ struggles in 2020 can be tied entirely to Pederson’s poor in-game decisions and the alarming regression from franchise quarterback Carson Wentz. Pederson eventually pulled the plug on Wentz as a starter, a decision that reportedly left the relationship between coach and quarterback beyond repair.

Instead of granting Wentz his trade request this offseason, the Eagles will go in another direction at head coach. Choosing their highly-paid quarterback over the coach who won the franchise’s only Super Bowl, beating the New England Patriots with a backup quarterback. Given the difficulties the Eagles would have had trading Wentz, firing Pederson was the easier and cheaper option.

Doug Pederson finishes his five-year stint with the Philadelphia Eagles owning a 42-37-1 record, winning the NFC East twice and making the playoffs three times. He should generate interest rather quickly, while Philadelphia finds itself behind six other teams searching for a head coach.