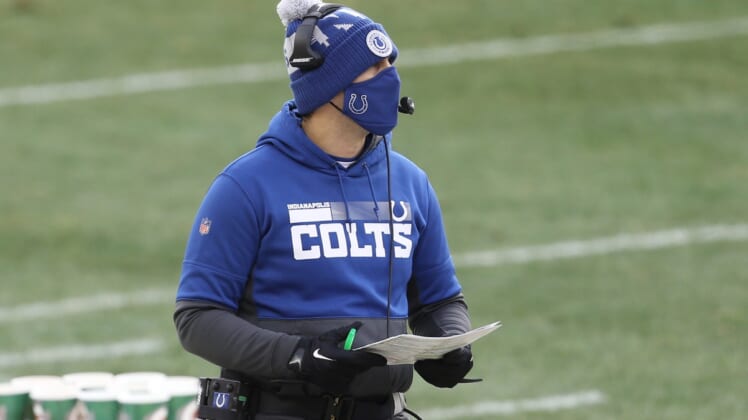 The normal names have come up as it relates to NFL head coach openings. Kansas City Chiefs offensive coordinator Eric Bieniemy and San Francisco 49ers defensive coordinator Robert Saleh appear to be the hottest names with the 2020 season drawing to a conclusion.

As many as seven teams will be looking for new head coaches once “Black Monday” comes calling here in a few days. That will enable some underrated NFL head coach candidates to take center stage and interview for gigs. Below, we look at the five most underrated around the gridiron world.

Going from position coach to NFL head coach has proven to be an exercise in futility for many individuals. Joe Judge has had his hiccups in his first season in that role with the New York Giants. Meanwhile, Jim Tomsula is years removed from being one-and-done as the 49ers’ head coach despite being one of the most-respected assistants in the entire NFL. With that said, there’s every reason to believe that this offensive genius could buck that trend.

Needless to say, Kafka’s performance en route to helping Patrick Mahomes emerge into a generational force with the Chiefs has him as an underrated NFL head coach candidate. Although, it’s about a lot more than that. A former star quarterback at Northwestern, Kafka learned under respected Wildcats head coach Pat Fitzgerald. Interestingly enough, Fitz himself is also receiving interest as a potential NFL head coach. As for Kafka, learning behind Fitzgerald and Andy Reid makes him an interesting option for teams with vacancies.

The then-Oakland Raiders head coach from 2012-14, Allen’s tenure in Northern California did not go too swimmingly. He posted an 8-28 record prior to being fired four games into the 2014 season. Allen proved to be too immature for the role and couldn’t get his voice across to a team that was young at its core.

Now, more than a half-dozen years later, and Allen’s name should be bandied about as a potential NFL head coach. What he’s done for a previously dormant Saints defense in five-plus years as its coordinator can’t be overstated. Prior to Allen taking over for Rob Ryan in that role more than midway through the 2015 campaign, the Saints ranked dead last in scoring defense. He’s led top-14 units in each of the past four seasons and has the Saints ranked No. 8 thus far in 2020. Some team should give this dude another chance now that he’s matured.

Yet another position coach on this list, what McDaniel has done with the 49ers’ rushing attack since joining the organization with head coach Kyle Shanahan is nothing short of extraordinary. Relying on former undrafted free agents in that of Matt Breida, Raheem Mostert and Jeff Wilson, he led the second-ranked rushing attack in the NFL last season en route to helping the 49ers to a shocking Super Bowl appearance.

McDaniel, 37, should be considered for multiple NFL head coach vacancies this winter. Prior to his time with the 49ers, McDaniel gained experience as an assistant with Houston, Washington, Cleveland and Atlanta. The one common denominator? He worked with Shanahan at all four stops. That will also count for something.

When the Rams fired respected defensive coordinator Wade Phillips following the 2019 season, it threw everyone for a loop. Firing one of the best assistant coaches in modern league history, only to replace him with a youngster who had never called plays at this level, did not seem to make sense.

Boy, were the skeptics wrong. Staley, 38, has the Rams ranked third in points allowed and first in total defense heading into Week 17. That came after a 2019 campaign under Phillips in which this unit ranked 17th and 13th respectively. He’s done so without any real dramatic upgrades in terms of personnel. This should have Staley as a hot NFL head coach commodity starting next week.

This 39-year-old New York native received mild interest as a potential head coach last offseason. Nothing came to fruition on that end. I expect this to change big time once the calendar hits January. Sirianni joined Frank Reich’s staff with the Indianapolis Colts as a last-minute hire after Josh McDaniels backed out of the job back in 2018. Since then, he’s ascended the assistant coach rankings in a big way.

Working with veteran quarterback Philip Rivers this season, Sirianni has Indianapolis averaging north of 28 points per game. For his part, Rivers is in the midst of one of the best seasons of his borderline Hall of Fame career. Sirianni also doesn’t come without experience. He served as an offensive quality control coach with the Chiefs and Chargers. The young man has also helped lead the Chargers’ quarterback room in 2014-15. Expect to hear a lot more about this guy as a potential NFL head coach moving forward.