Paul Brown Stadium, home of the Cincinnati Bengals said to need $493 million in upgrades in next 20 years 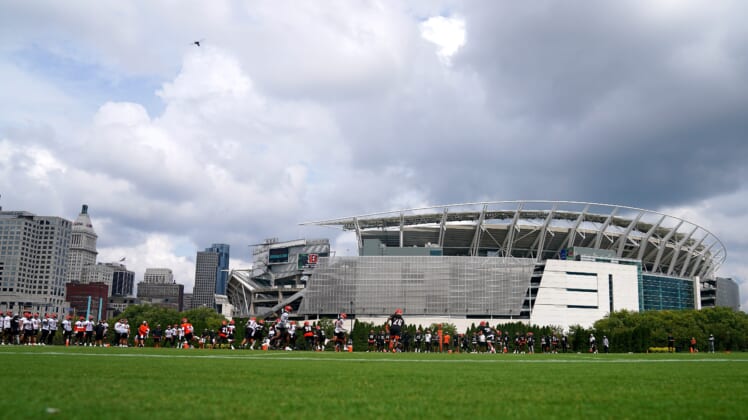 The Cincinnati Bengals are coming off arguably their greatest season of all time. But not all is well in The Jungle. Although Paul Brown Stadium, the home of the Bengals, has only been open since August 19, 2000, it’s said to already need renovating, and the construction cost won’t come cheaply.

Originally costing $455 million to construct, which would be equivalent to roughly $716 million in 2021 dollars, a recent study suggests renovating P.B.S. will cost even more than the total price of the build back in 2000.

Chris Wetterich of the Cincinnati Business Courier passes along the results of two recent studies revealing the needed renovations Paul Brown Stadium is said to need over the next 20 years, and the reported cost is said to be an estimated $493.7 million.

What it means for the Cincinnati Bengals

On the surface, hearing that the stadium Joe Burrow‘s Bengals play in needs a massive amount of renovations is concerning, but it’s actually not a bad thing, at all.

As the studies show, the “bones” of Paul Brown Stadium remain strong, it just needs some maintenance needed to keep up with other stadiums around the NFL. This was always the intention from the start, even back when it was built, their intention was to continue to improve on the existing structure.

“The original design was meant to be expanded,” Thornton said. “We learned from Riverfront. I don’t want this building to be imploded. I want it to stand the test of time.”

“It’s been well maintained over the last 20 years,” Thornton said. “What we say in the construction and architecture industry, it has good bones.”

Keep in mind, this nearly $500 million amount is simply an estimate. The final cost could end up north or south of the original estimation.

Hamilton County Commissioner Denise Driehaus noted that, while this figure sounds shocking, it’s much lower than replacement cost, which would have likely been a different dollar amount altogether.

For what it’s worth, the stadium lease expires in 2026.