The Minnesota Timberwolves’ issues on defense have been notable without veteran guard Patrick Beverley over the past six games.

That span has included Minnesota giving up an average of 116.2 points per game compared to 107.6 over the course of the entire season.

There’s now some good news on this front. According to our very own Dane Moore, Beverley is slated to return from his left adductor strain for Wednesday night’s game against the red-hot Utah Jazz.

Minnesota Timberwolves get major piece back in Patrick Beverley

Acquired in a trade this past summer, Beverley has provided Minnesota with that hard-nosed defensive presence the team has been missing over the past several seasons.

The veteran’s numbers are really darn good this season. He’s averaging 8.1 points, 4.4 rebounds and 4.5 assists while shooting 46% from the field, including a 34% mark from distance.

But it’s about a lot more than basic numbers. The advanced stats and Beverley’s impact on the game is much more. Despite missing substantial time to injury, he ranks No. 2 among Wolves regular rotation players in defensive plus-minus. Minnesota knows full well what it has in the three-time All-NBA Defensive Team performer.

It’s at the point that the two sides have discussed a contract extension with Beverley’s current deal set to expire following the season. 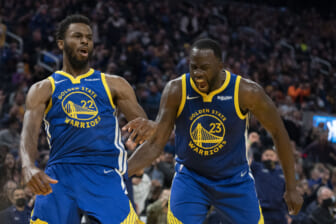 Having someone of this ilk on an otherwise unproven roster could help Minnesota finally break from its status as an irrelevant NBA entity and earn a long-awaited playoff spot.

The hope now is that Patrick Beverley is able to stay 100% and continue to make an impact. After taking on the Jazz Wednesday, Minnesota has a somewhat favorable schedule with games coming up against the Cavaliers, Trail Blazers, injury-plagued Nuggets, Lakers and struggling Mavericks. Can the team get to .500 before Christmas?