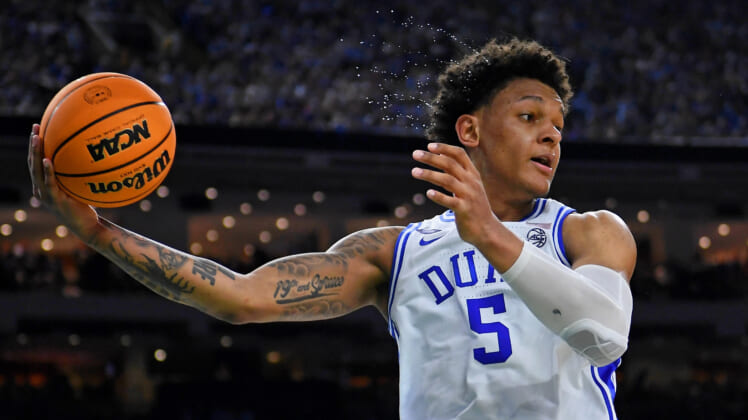 It won’t be long before former Duke star Paolo Banchero will end up becoming a household name around the NBA. Just don’t tell that to former race car driver and current reporter Martin Brundle.

Brundle was interviewing the potential No. 1 pick in the 2022 NBA Draft from the site of the Miami Grand Prix Sunday afternoon. In the process, he thought he was talking to Kansas City Chiefs quarterback Patrick Mahomes not Paolo Banchero.

You have to give Banchero credit for being a good sport here. Though, he did look a bit confused in the process.

The inaugural Miami Grand Prix is taking place on Sunday as Formula One racing starts to blow up in the United States. This comes on the heels of it being announced earlier in the year that Las Vegas will host its own Grand Prix in 2023.

Let’s just hope that foreign correspondents catch up on their American sports so we don’t see another awkward exchange like what happened between Paolo Banchero and Mr. Brundle. On second thought, let it ride. Hilarious stuff.