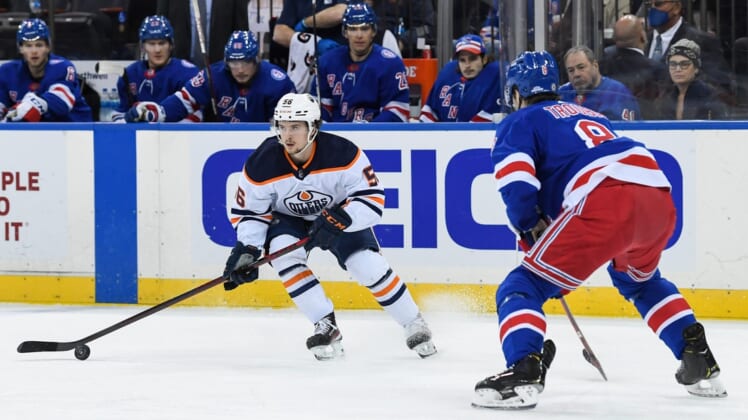 The Edmonton Oilers placed five players and six members of their support staff in COVID-19 protocol on Saturday.

Among the five players was Kailer Yamamoto, who was ushered from practice on Friday after a rapid test returned a positive result.

Captain Connor McDavid, fellow forward Derek Ryan and defenseman Tyson Barrie entered protocol on Wednesday. They are eligible to return on Sunday for the Oilers (18-14-2), who are scheduled to host the Ottawa Senators on Monday.