Odell Beckham Jr. Poses for Nude Version of “The Catch”

By Vincent Frank
Courtesy of ESPN.com

For those of us who love the history of the NFL, Dwight Clark’s grab in the 1981 NFC Championship game that started the San Francisco 49ers dynasty will forever be known as “The Catch.”

Luckily, a now 58-year-old Clark will not be recreating his historical grab under the guise of artistic nudity.

Instead, that distinction goes to New York Giants wide receiver Odell Beckham Jr., who made an insane catch as a rookie against the Dallas Cowboys last season—a play that has since been dubbed as “The Catch.”

Now, months removed from making one of the greatest catches in NFL history, Beckham Jr. posed for a nude recreation of this play in the upcoming ESPN the Magazine body issue. 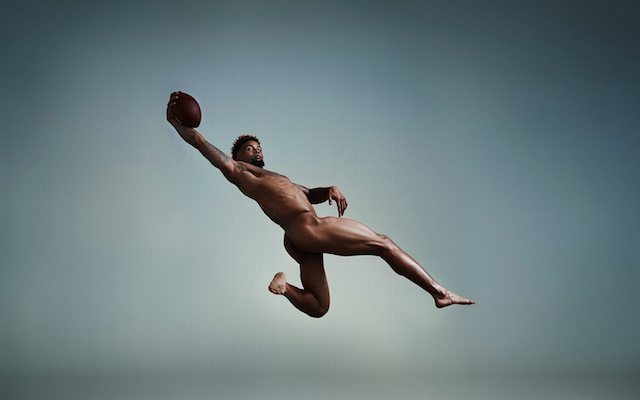 I think we can safely say Beckham Jr. looks better in that pose than Dwight Clark would have.