No. 7 Oregon seeks to continue recent dominance over Washington

The remaining four games No. 7 Oregon involve an added degree of difficulty, starting this Saturday when the Ducks visit unranked Washington in a bitter rivalry game in Seattle.

The two teams did not meet last season — Washington didn’t have the minimum number of scholarship student-athletes available for the game due to a number of positive COVID-19 cases and the necessary isolation of additional players for contact tracing – but the game is back in 2021.

Washington has won two straight and comes into the Oregon game with confidence, but head coach Jimmy Lake might have provided the Ducks with some added motivation after a comment he made during his Monday press conference. 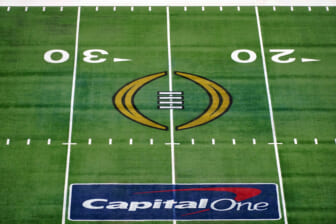 Lake was asked if Oregon, with its nationwide recruiting net and 2022 class that is ranked No. 1 in the Pac-12, is Washington’s biggest recruiting rival. Lake went the academics route with his response.

“No, I don’t think so. I think that is way more pumped up than it is. Our battles are really, the schools that we go against… have academic prowess, like the University of Washington. Notre Dame. Stanford. USC,” Lake told reporters. “We go with a lot of battles toe-to-toe all the way to the end with those schools. So I think that’s made up in your world. In our world, we battle more academically prowess teams.”

No matter the standard, Oregon will test a tough Washington defense that has kept the team in games. But the Huskies haven’t seen an offense with as much talent as the Ducks. And Oregon’s defense features sack specialist Kayvon Thibodeaux and a group that has intercepted 11 passes this season.

Running back Travis Dye, whose older brother Troy famously flashed Washington’s ‘W’ hand sign then mockingly turned his hand upside down during a postgame interview after the Ducks rallied to beat the Huskies in 2019, leads the conference in touchdowns with 11.

Quarterback Anthony Brown has been steady with 10 touchdown passes to three interceptions and is 16 completions away from his college career high, set with 158 in 2018 as a sophomore at Boston College.

On top of that, freshman running back Byron Cardwell had his breakout game last week with seven carries for 127 yards and his first collegiate touchdown.

“The stuff that had been showing up in practice showed up in the game. He’s just really patient. He understands how to set up his runs, how to read his blocks,” Oregon head coach Mario Cristobal said.