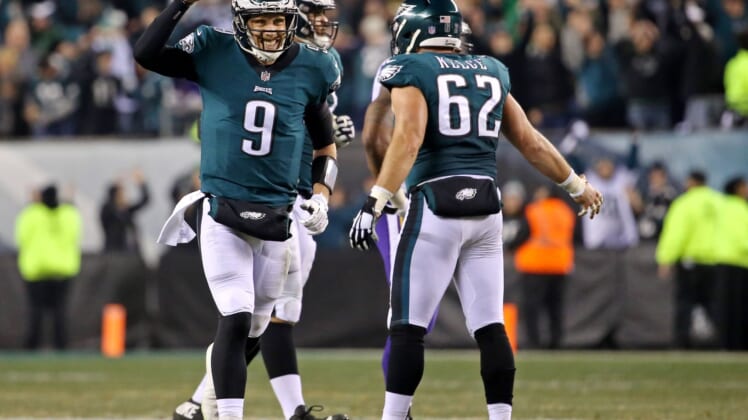 To nobody’s surprise, the Philadelphia Eagles will keep Carson Wentz on the bench in Week 17, rolling out Nick Foles for the third straight game.

As it had been reported on Sunday night, the big hit that knocked Foles out of Sunday’s game for one play didn’t result in any issue, and he’s good to go.

Wentz, of course, is dealing with a fracture in his back and will likely remain out for the foreseeable future to let that injury heal up. He is not, however, going to be placed on injured reserve.

Leaving Wentz on the bench is made so much easier because the Super Bowl MVP version of Foles has made a reappearance this December. His play on Sunday in Philly’s huge comeback win over Houston set a franchise record and kept the team’s playoff hopes alive.

The Eagles close out their season on the road in Week 17 against Washington.