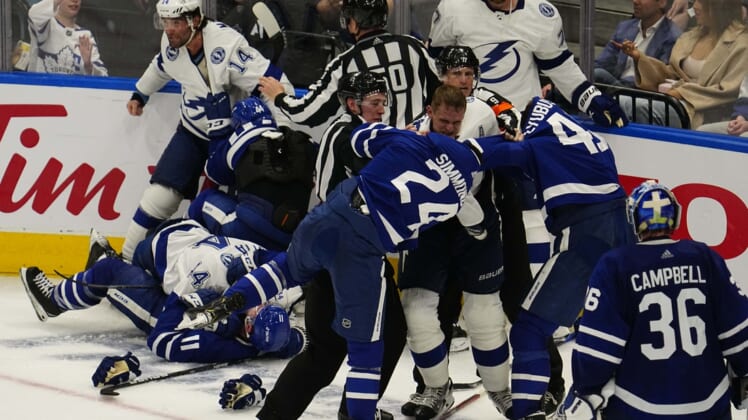 Tampa Bay forward Corey Perry was fined $2,500 for unsportsmanlike conduct after multiple fights broke out in the third period of the Lightning’s 5-0 loss to the Maple Leafs in Toronto.

Lightning forward Pat Maroon and Leafs forward Wayne Simmonds were each fined $2,250 for unsportsmanlike conduct for their roles in the same bloody brawl.

The fine amounts issued by NHL Player Safety were the maximum allowable under the collective bargaining agreement.