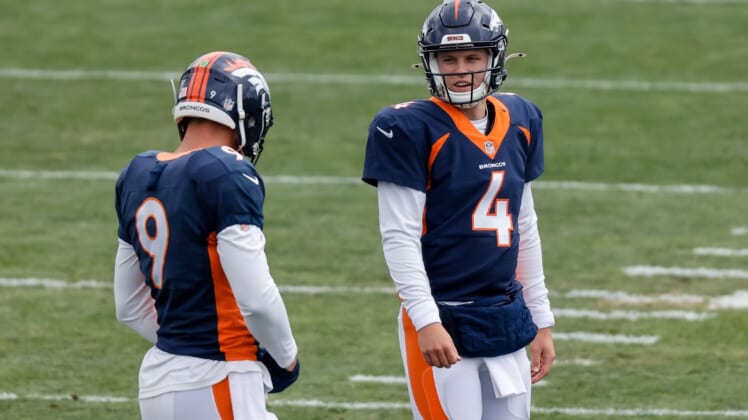 The Denver Broncos have been hit hard by the injury bug through the first three weeks of the 2020 NFL season. That included starting quarterback Drew Lock going down for multiple weeks due to a shoulder injury.

After initially playing well in Lock’s stead during the team’s Week 2 loss to the Pittsburgh Steelers, veteran Jeff Driskel struggled this past Sunday against the Tampa Bay Buccaneers. Driskel has now been benched in favor of a former undrafted free agent for Thursday night’s Week 4 game against another winless team in that of the New York Jets.

Brett Rypien to start Week 4 for the Broncos

A former standout quarterback at Boise State, Rypien surprisingly went undrafted back in 2019. He has not thrown a pass in a single regular-season game since.

However, there has to be some confidence from Broncos general manager John Elway and Co. that he manage the game against a bad Jets team come Thursday evening.

The 24-year-old Rypien was absolutely tremendous in his four seasons as the Boise State starter. He threw for north of 13,500 yards with 90 touchdowns and 29 interceptions.

The injury Lock suffered back in Week 2 is just another example of the issues Denver has had with star players staying on the field. It’s been something to behold.

As for the quarterback position, Denver did sign veteran Blake Bortles last week. It’s too early in his tenure with the team for the former Jacksonville Jaguars first-round pick to start. However, Bortles should be active Thursday evening.