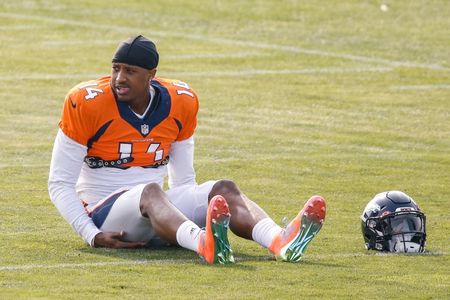 Sutton sat out the season opener due to a sprained AC joint in his right shoulder. He caught three passes for 66 yards against the Steelers before being ruled out in the third quarter with a knee injury and leg cramps.

Sutton, who caught 72 passes for 1,112 yards and six touchdowns during a breakout 2019 season, is scheduled for an MRI on Monday, NFL Network’s Ian Rapoport reported.

The Broncos (0-2) also lost quarterback Drew Lock to a shoulder injury during the 26-21 setback in Pittsburgh.