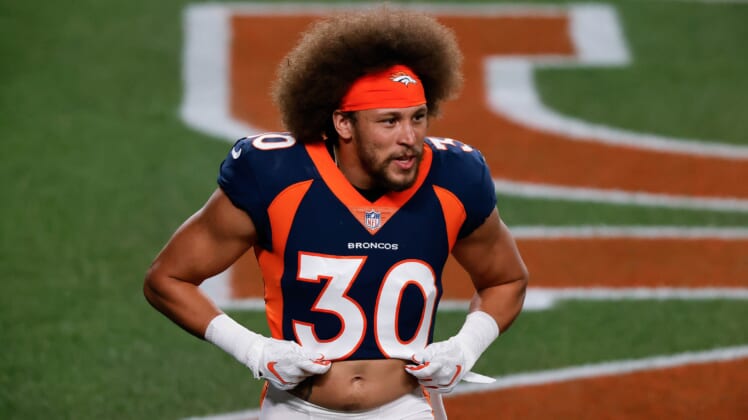 Despite this, Denver decided it made sense to sign fellow Pro Bowl running back Melvin Gordon during the spring. That might have been a great decision from general manager John Elway.

After running the ball just seven times in Denver’s season opener against the Tennessee Titans, Lindsay exited the game with a foot injury. Almost immediately, he was ruled out for the duration.

It’s usually not a good sign when a player is almost immediately ruled out of a game. With that said, there’s no real reason to speculate in the nature of the injury.

What we do know is that Lindsay has been extremely important to the Broncos’ success on offense since entering the league back in 2018. He’s gained nearly 2,500 total yards and 17 touchdowns at a clip of 5.1 yards per touch throughout his career.

If Lindsay is out for an extended period of time, Gordon will more than likely take over three-down running back duties for Denver.

It was earlier on Monday that Pro Bowl wide receiver Courtland Sutton was ruled out of the Broncos’ season opener with a shoulder injury. Sutton is considered second-year quarterback Drew Lock’s top target this season.

That came on the heels of former Super Bowl MVP Von Miller suffering a serious ankle injury during training camp practice. He underwent surgery this past Friday and is on injured reserve.

Unfortunately for the Broncos, it doesn’t end there. Another Pro Bowler in that of cornerback A.J. Bouye, who the team just acquired this past offseason, was also ruled out of Monday’s game with a shoulder injury.

Denver does not have a real margin for error in the AFC West. It had high expectations heading into the 2020 season. Losing core players of this ilk so early in the campaign has to be seen as bad news.