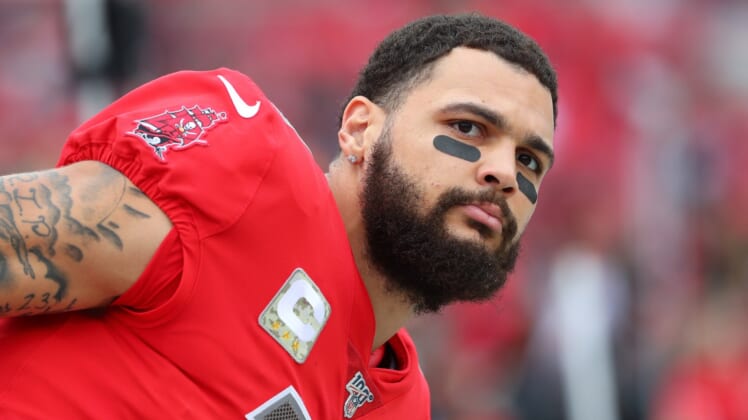 Week 1 of the 2020 NFL season has arrived and there already plenty of big injuries with Miles Sanders, Mike Evans and Courtland Sutton all landing on the injury report.

While the NFL came out of training camp with most of its stars healthy, we’ve seen quite a few players get hurt this week in practice. Unfortunately, for the likes of Evans and Sutton, it puts their availability for their teams and fantasy football players in jeopardy.

Sanders, expected to be the workhorse in Philadelphia’s offense, came into training camp healthy and poised for a big role this season. Sadly, he suffered a hamstring injury in August and the team has been very cautious with the 23-year-old running back.

When the Eagles first released their injury report, Sanders was listed as questionable for Week 1 with a chance to play. However, the team announced on Saturday that he will miss Sunday’s game against the Washington Football Team and won’t even travel for the game.

Losing Sanders is an undeniable blow for this offense. He impressed in his rookie season, racking up 818 rushing yards, averaging 4.6 yards per carry and recording 50 receptions for 509 receiving yards. A dangerous all-purpose back, Philadelphia will use a committee backfield.

Boston Scott will slide in as the primary ballcarrier in Week 1, after rushing for 245 yards on 61 carries in 2019. An undersized runner at 5-foot-6, he can make some plays as a runner and receiver. He should see enough touches to be a low-end RB2 in fantasy this week or a bargain play in DFS.

Evans’ 2019 season ended on a 61-yard touchdown that resulted in a hamstring injury. The three-time Pro Bowl receiver came into the summer at 100% and celebrating, in epic fashion, the arrival of Tom Brady.

Unfortunately, just days before a critical season-opening battle against the Saints, Evans injured his hamstring in practice. After being sidelined on Tuesday, Wednesday and Thursday, he was listed doubtful for Sunday’s game. Fortunately, there’s increased optimism he could play.

A limited participation in practice on Friday and the upgrade in his injury status is a promising sign. However, it’s important for fantasy players to prepare themselves for the Buccaneers to exercise caution.

This is an important game, but Tampa Bay can’t risk losing Evans for an extended period. If he is inactive, Chris Godwin will likely take a slight hit in fantasy with a matchup in coverage against Marshon Lattimore. If Evans plays, fantasy owners will face the risk-reward decision of starting a top-10 receiver with the risk of him aggravating the injury or being a decoy.

Similar to Evans, Sutton suffered his injury during practice this week. A breakout star in 2019, Denver’s No. 1 receiver hurt his shoulder when attempting to make a diving catch on Thursday. Fortunately, he escaped with only a sprained right AC joint and was listed day-to-day.

Denver will give Sutton a chance to play in Week 1 against the Tennessee Titans, but he’ll need to prove himself. While a jumping jacks test sounds unusual, it will allow the medical staff to see Sutton’s range of motion with his right arm.

The difficulty of this situation for fantasy football is the Broncos play on Monday Night Football and it’s the second game of the doubleheader. If Sutton is unable to pass the test, a decision that won’t be announced until 90 minutes before the game, replacement options will be severely limited in fantasy.

It feels like there’s a good chance Sutton plays through the pain, but this will be a real game-time decision in Week 1. If he is inactive, rookie Jerry Jeudy will step in as Denver’s No. 1 receiver and will be a great play in fantasy.

Despite losing star quarterback Matthew Stafford for half the season in 2019, Golladay still made the Pro Bowl and led the NFL in receiving touchdowns (11). After playing in all 16 games last year, though, the 26-year-old’s consecutive games streak could be nearing an end.

Heading into Week 1 against the Chicago Bears, Golladay is considered doubtful to play. He suffered a hamstring injury at practice this week and it kept him on the sidelines Thursday. Initially, Detroit expressed confidence that his absence was precautionary, but it’s evident this injury is worse than the team hoped.

Fantasy impact if Golladay is ruled out for Week 1

While we’ve seen players upgraded from doubtful and even play despite their status on the injury report, the odds aren’t in Golladay’s favor. He is crucial to this offense and Stafford needs him to be healthy for as many games as possible, rather than playing hurt.

If Golladay is inactive for Week 1, Marvin Jones steps in as the No. 1 receiver. He is a capable fantasy starter, delivering stats that can provide plenty of points. He finished the 2017 season with 1,101 receiving yards and finished 2019 with 779 yards and nine scores in 13 games.