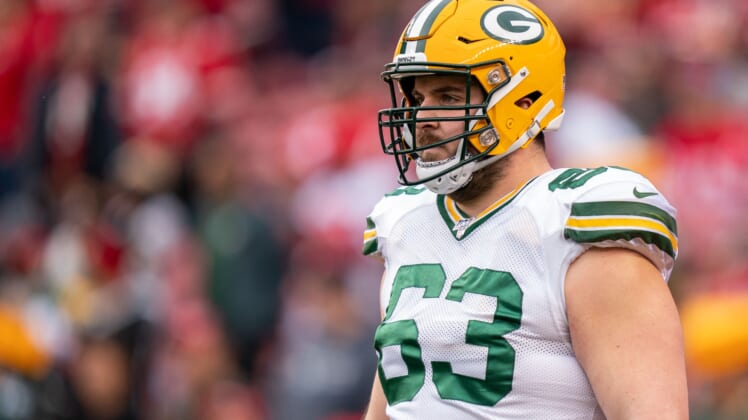 The Los Angeles Chargers found their quarterback of the future in 2020 with Justin Herbert. Entering the 2021 NFL offseason dedicated to protecting him, the Chargers are expected to sign All-Pro center Corey Linsley.

Los Angeles entered the spring flush with cap space, especially after releasing cornerback Casey Hayward. While left tackle was the team’s biggest need, a void opened at center following the retirement of Mike Pouncey. On the first day of free agency, the Chargers addressed that need with a massive upgrade.

NFL Network’s Tom Pellisero broke word Tuesday afternoon that Linsley is expected to sign a contract with the Chargers that will make him the highest-paid center in the NFL. Per NFL.com’s Mike Garafolo, it’s a five-year deal worth $62.5 million, including $26 million in the first two years.

The move comes just a year after Los Angeles signed Bryan Bulaga. For the second consecutive offseason, the Chargers addressed their need on the offensive line by swiping one of the top pass protectors from the Green Bay Packers.

Read More: Los Angeles Chargers GM suggests that a Mike Williams trade could be in the cards

A fifth-round pick in the 2014 NFL Draft, the 6-foot-3 center quickly earned his spot in the league. When JC Tretter suffered an injury before the season, Linsley stepped in as the starter and kept the job for the entire season. He would miss 10 games over the next two years, but started 16 consecutive games in each of his next three seasons.

He took his game to another level this season. He allowed just four total pressures, one sack and had an 87.5 run-blocking grade from Pro Football Focus in 13 games.

With Linsley in the middle of the offensive line, Herbert will have a snapper who he can trust for years to come. Better yet, the front office still has plenty of cap space and draft picks to address left tackle and could even re-sign Hunter Henry.

After a few down seasons, the Los Angeles Chargers are headed in the right direction. With a franchise-caliber quarterback, an emerging offense and an underrated defense, this team could be a surprise contender in 2021.