Patrick Mahomes threw for 117 yards and two touchdowns on his two series as the Kansas City Chiefs beat the visiting Minnesota Vikings 28-25 on Friday in the preseason finale for both teams.

Mahomes completed all but one of his nine pass attempts and achieved a perfect 158.3 passer rating. Backup quarterback Shane Buechele went 20 of 33 for 231 yards with two TDs and one interception for the Chiefs (3-0).

Kirk Cousins threw for 57 yards on 5-of-7 passing for the Vikings (0-3). A.J. Rose Jr., a rookie out of Kentucky, ran for two touchdowns and gained 41 yards on six carries. 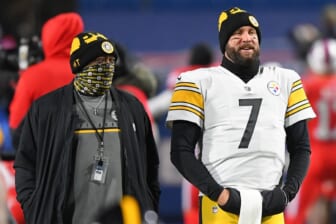 Also Read:
Why the Pittsburgh Steelers are poised to disappoint in 2021

Darnold finished 19 of 25 for 162 yards, and Spencer Brown and Will Grier added rushing touchdowns for the Panthers (1-2).

Dwayne Haskins completed 9 of 16 passes for 108 yards with one touchdown and one interception for the Steelers (3-1).

Kenny Yeboah hauled in a 49-yard touchdown catch from James Morgan in the final seconds, and Josh Adams’ two-point conversion carry lifted New York to a tie with Philadelphia in East Rutherford, N.J.

Yeboah, who scored on a 21-yard catch from Morgan earlier in the fourth quarter, finished with 100 yards receiving on four catches. Morgan had 158 yards passing with the two touchdowns and one interception, while Adams ran for 62 yards on 12 carries for the Jets (2-0-1).