Green Bay Packers quarterback Aaron Rodgers defended his status as an unvaccinated player Friday in a 50-long interview on the Pat McAfee Show, going after the media and the National Football League for its COVID-19 protocols and treatment of unvaccinated players.

During the interview, Rodgers explained that he conducted his own research into the three vaccinations (Pfizer, Moderna, Johnson & Johnson). The reigning NFL MVP says he couldn’t take Pfizer or Moderna shots because of an “allergy to an ingredient that’s in the mRNA vaccines.”

The 37-year-old quarterback reportedly underwent homeopathic treatment to protect himself against COVID-19 and asked the NFL to give him an exemption to the safety protocols for unvaccinated players. The league denied it, as they did for all players who sought exemptions under the same guidelines. 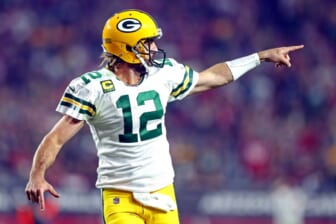 Also Read:
Aaron Rodgers speaks out on being unvaccinated, blasts ‘cancel culture’ and media for response

“In that process, we had many conversations, I enjoyed conversations with the league, it was good sharing. But one, in particular stood out when I knew I wasn’t going to win this. They said, one of the main docs said it’s impossible for a vaccinated person to get COVID or spread COVID.”

The interview, which attracted massive attention, drew criticism from many covering the NFL and those in the medical community. Not long after Rodgers spoke, the NFL responded to the All-Pro quarterback’s claims.

While the league didn’t address each of Rodgers’ statements from the interview, it strongly denied any notion that one of its doctors said the vaccination makes anyone with it immune from the coronavirus. The league also said that Rodgers never spoke to any of the NFL’s medical specialists.

“No doctor from the league or the joint NFL-NFLPA infectious disease consultants communicated with the player. If they had, they certainly would have never said anything like that.” 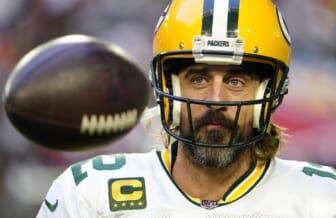 Rodgers’ claims that one of the NFL infectious disease experts told him the COVID-19 vaccine makes a person immune from the virus goes against everything the medical community has reported for months.

Engaged to actress Shailene Woodley, Rodgers also said he was thinking about the next stage of his life as a future father and he had concerns about the vaccination impacting his fertility. However, the CDC reported there is no evidence vaccines cause fertility problems.

Seemingly in good health, Rodgers is first eligible to return on Saturday, Nov. 13. If his recovery is delayed any further he will miss the Packers’ Week 10 game against the Seattle Seahawks.