It is the lull time of the year in the NFL while teams get ready to begin training camp later this month. But as soon as the action starts, it will be go time for guys to perform their best and assure themselves a position on their team’s final 53-man roster come September.

Not all players will make it, obviously. And we’re certain to see some surprise cuts and trades.

Due to age, salary cap space or under achievement, the following NFL players could fall victim to the “roster bubble” and either become traded or released in the upcoming weeks.

Rookie quarterback Jared Goff and an overall poor 2015 campaign are a couple of glaring reasons Foles should be out the door at some point during training camp.

Currently listed as the fifth-string quarterback, Foles did little last year to secure his job as the Rams starter and was eventually benched in favor of Case Keenum. This was after he completed only 56.4 percent of his passes and threw 10 interceptions compared to only seven touchdowns in 11 games.

Releasing or trading Foles (he is on the block) seems an inevitable move by the Rams and would free up $1.75 million in cap space.

With the free agent market short on younger quarterbacks, a team in need could obtain Foles on the cheap with the hope he rediscovers the success he managed in 2013 with the Philadelphia Eagles.

After a somewhat successful rookie season with the Rams, Stacy has since stumbled into the land of the irrelevant after three years.

Primarily utilized as a special teamer with the New York Jets last year, Stacy could find himself looking for his third team by the summer’s end. As it currently stands, he is listed fourth in depth behind running backs Khiry Robinson, Bilal Powell and Matt Forte.

This is a frustrating situation for Stacy, considering he is the all-time leader in rushing yards (3,143) for the Vanderbilt Commodores.

Currently, Stacy is on the mend from a season-ending ankle injury sustained last year. He will have to fight tooth and nail to remain on New York’s roster moving forth.

Returning after a down 2015 season, Thomas could find himself a victim of final cuts come the end of training camp, according to James Kratch of nj.com.

Thomas has reportedly been passed in depth by Jonathan Casillas, whom the Giants also signed during free agency in 2015. Furthermore, Thomas has been dealing with some nagging offseason injuries, according to the report.

The Giants could save anywhere from $2.475 to $3 million by either cutting or trading Thomas prior to the start of the season.

If Thomas winds up a free agent, he would be in search of his fourth team since being drafted by the Chicago Bears in 2012. 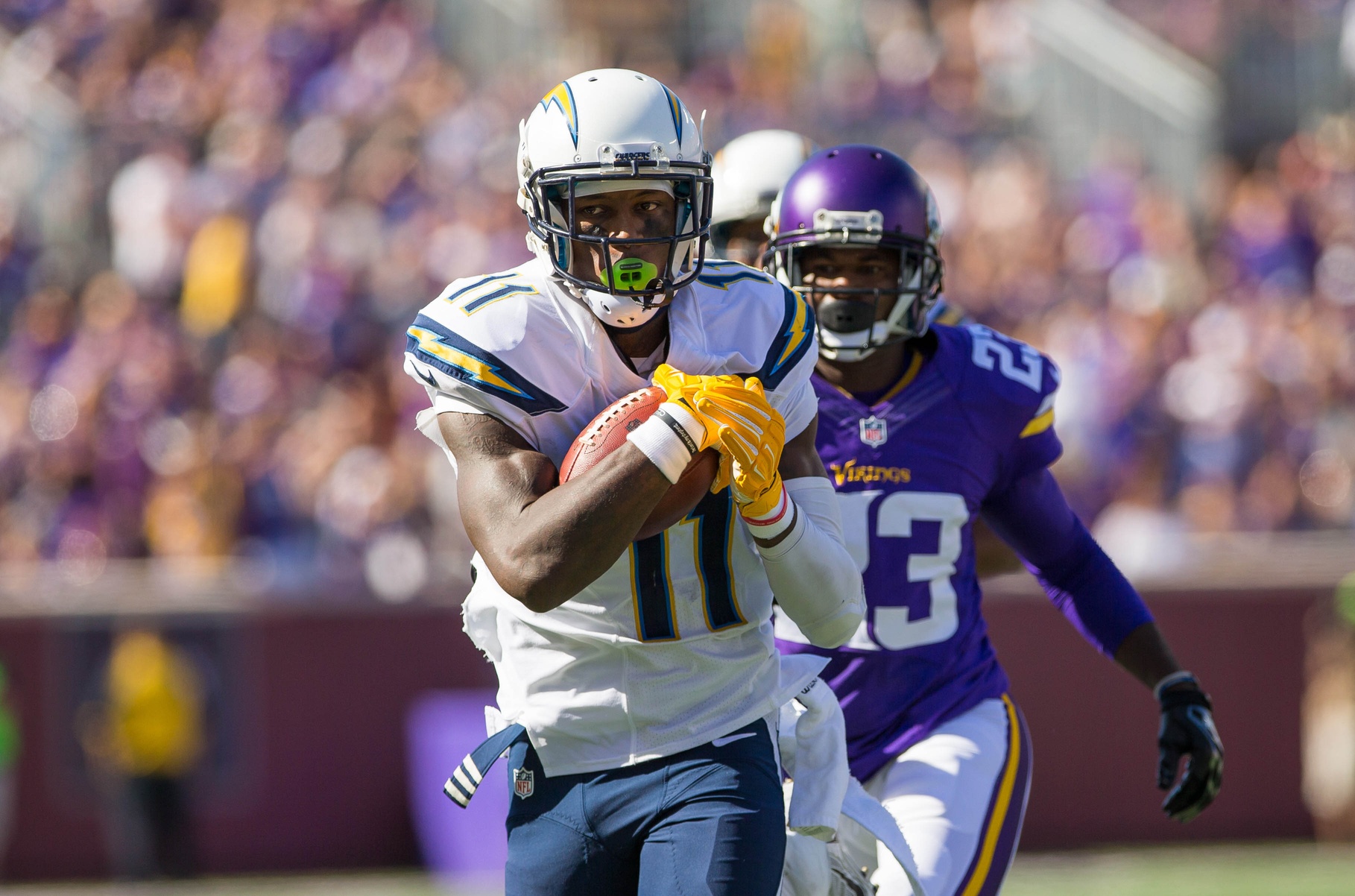 Johnson is on the cusp of turning 30, and he has not produced a 1,000-plus yard season since 2012 as a member of the Buffalo Bills.

An unsuccessful 2014 whirl with the San Francisco 49ers landed Johnson with the San Diego Chargers, where he was equally underwhelming in 2015. Used sparingly, Johnson caught 45 or his 65 targets for 497 yards and only three touchdowns

Now Travis Benjamin has arrived, and the Chargers added three rookie receivers. Johnson sits secure for the time being as the team’s third receiver, though his $3.9 million salary cap hit could become an issue of contention as training camp plays out.

If Johnson does wind up a free agent, he might be hard-pressed to find a team in need considering his recent track record.

One of the most shocking trades in recent NFL history sent Graham to the Seahawks in 2015 after he played five seasons with the New Orleans Saints. And what a disappointment that trade has turned out to be thus far.

Prior to sustaining a season-ending knee injury, Graham was barely an afterthought in the Seahawks’ passing attack in most games. As a result, he averaged only 55 yards per game and scored twice in 11 games.

Entering 2016, Graham carries a hefty $9 million salary (none of which is guaranteed) that the team could rid itself of if a trade was to be struck. After all, tight end Luke Wilson began stand out last year, as did wideout Doug Baldwin, who caught a career-high 14 touchdowns.

Graham is currently on the mend from knee surgery and is expected to be ready to play in the Seahawks’ season opener in Week 1. He would certainly make for an intriguing trade piece should Seattle decide to venture down that road.

Sankey should be feeling the heat in Tennessee after the Titans signed DeMarco Murray and drafted rookie standout Derrick Henry this past spring to revive a floundering rush game.

As a former second-round pick from the 2104 draft, Sankey has yet to really impress. Over the course of 29 games, he has managed a total of only 762 rushing yards and three rushing touchdowns.

Sankey’s promising final year at Washington when he rushed for 1,870 yards and scored 20 touchdowns seems like forever ago. Perhaps a change of scenery with a new team that is not constantly playing from behind would be an ideal fit.

At the start of the season, Sankey turns a mere 24 years old. It would be a shame if he was buried at the bottom of the Titans’ depth chart all year long. 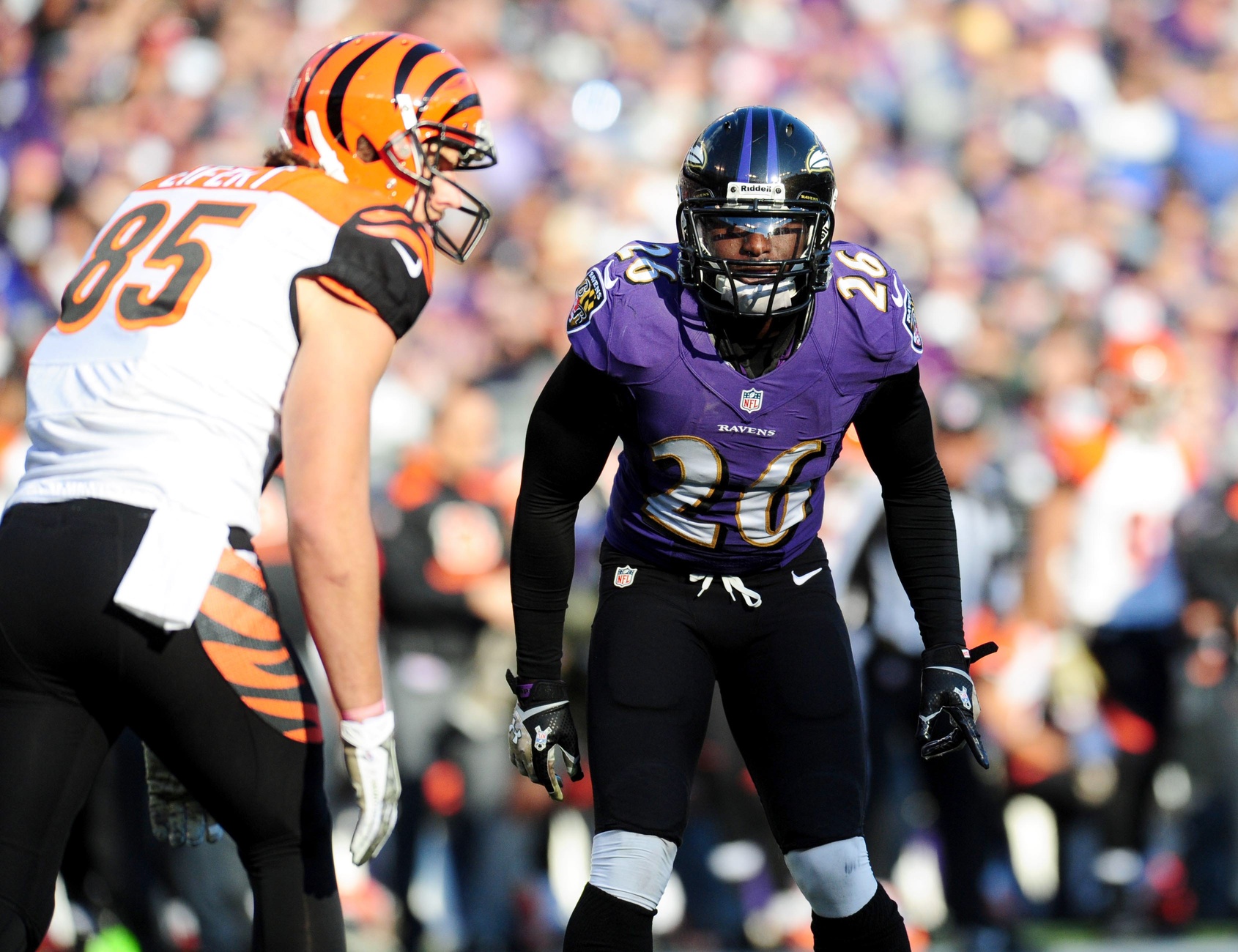 Since being drafted in the first round back in 2013, Elam has been a gigantic bust. A season-ending biceps injury in 2015 and his current suspended status might just be enough for the Ravens to say goodbye to Elam at some point this summer.

Plus, the Ravens took steps to enhance their secondary at the safety position when they signed All-Pro Eric Weddle during free agency. When training camp kicks off, Elam could find that he is competing with Anthony Levine and rookie Patrick Onwuasor for a job.

Releasing Elam would save the Ravens his $2.14 million in salary.

To date, Elam has tallied 129 combined tackles, two fumble recoveries, one forced fumble and one interception.

Bryant is 41 years old and finished his 2015 season on injured reserve. This was after he experienced a decline in production that saw his field goal percentage drop from 90.6 in 2014 to 77.8 last year.

Recognizing the need for an eventual replacement for Bryant, the Falcons added rookie Nick Rose. Rose will reportedly compete with Bryant for the starting job this fall.

If Rose proves to outplay Bryant during training camp, the Falcons might just decide it is time to cut the veteran, which would save the team $2 million in salary this year.

Bryant was originally signed by the New York Giants in 2002 and played with three other teams before joining the Falcons in 2009. He is the second-oldest kicker in the NFL.