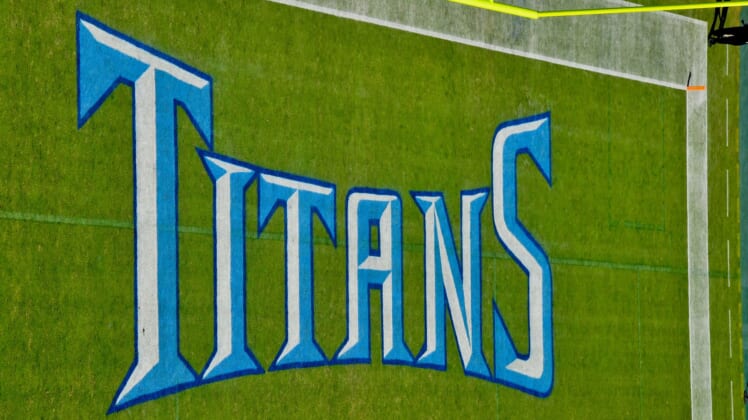 The NFL’s first significant COVID-19 outbreak worsened on Friday, when the Tennessee Titans learned two more of their players reportedly tested positive for the coronavirus.

A day after the NFL indefinitely postponed Sunday’s scheduled Titans-Pittsburgh Steelers game, Tennessee received more troubling results from its latest round of testing for COVID-19.

According to ESPN’s Adam Schefter, two more Titans’ players tested positive for the coronavirus when the team-wide results came in on Friday morning.

It adds to a growing list of personnel who have contracted COVID-19. The problem started on Sept. 24, per ESPN’s Kevin Seifert, when a practice squad player signed earlier in the week tested positive for the virus. Soon, COVID-19 spread inside the facility with staff and players becoming infected.

The NFL suspended the Week 4 contest between the Steelers and Titans, when a fourth Titans’ player tested positive. As of Friday morning, 15 players and personnel now have confirmed cases and are in quarantine until they pass multiple screenings and show no symptoms.

Atlanta Falcons cornerback A.J. Terrell became the first NFL player to miss a game due to COVID-19, landing on the reserve/COVID-19 list just a day before the team’s Week 3 game. He was the only player held out and the Falcons played the next day against the Chicago Bears, with no positive tests among either team in the days since.

The NFL and NFL Players Association agreed on daily COVID-19 testing this summer, which was later extended through training camp and has continued into the regular season. It was already expected to come at a staggering cost, with the league expected to use 40,000-plus COVID-19 tests per week. The NFL also created strict COVID-19 protocols before the season at team facilities.

Following the outbreak, even more enhancements have been made to the league’s safety protocols and restrictions. The NFL informed clubs on Thursday that all meetings must now be virtual, face masks are mandatory for everyone on the sidelines and all non-quarterbacks must wear gloves. Additionally, no player or team gathers are permitted outside of the facility.

NFL schedule: When will the Tennessee Titans play again?

Due to the schedule change, Week 3 will serve as Tennessee’s bye week and the NFL is likely going to reschedule the game against Pittsburgh for Week 7. However, with more positive tests coming in, the Titans’ upcoming schedule could be in jeopardy.

As Schefter notes, more positive tests over the weekend would likely put Tennessee’s Week 5 game against the Buffalo Bills in jeopardy. The Titans (3-0) are currently scheduled to play the Bills on Oct. 11, in an exciting Week 5 clash, but that now faces a potential postponement.

The NFL knew a COVID-19 outbreak would eventually happen and it has arrived. While the league has likely figured out how to handle a team missing one game, things will get far more complicated if the Titans are forced to miss multiple weeks.