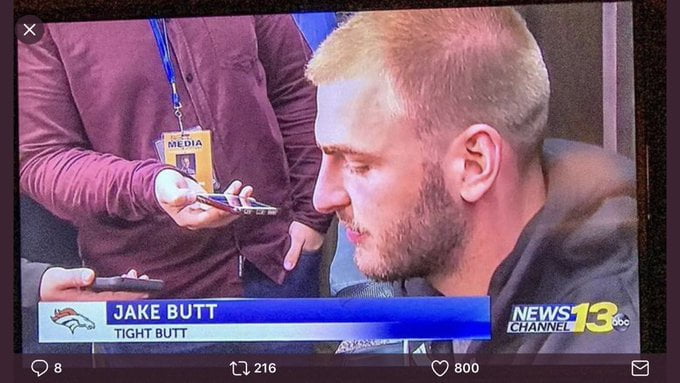 News Channel 13 in Denver will likely be trending on social media for a while. In discussing Broncos rookie tight end Jake Butt, the station put up this absolutely glorious typo on the screen.

It has to be seen to be believed.

“Tight butt.” Get it? Excuse us while we morph to our adolescence and take part in a laughing attack. It’s just too awesome.

One has to wonder what the typo would have read if Butt actually played wide receiver. But we digress.

We’re also pretty sure Butt himself was subjected to some cruel jokes growing up. Let’s just hope Broncos veterans don’t take to this in order to give him an embarrassing new nickname.

That would be all sorts of unfortunate.