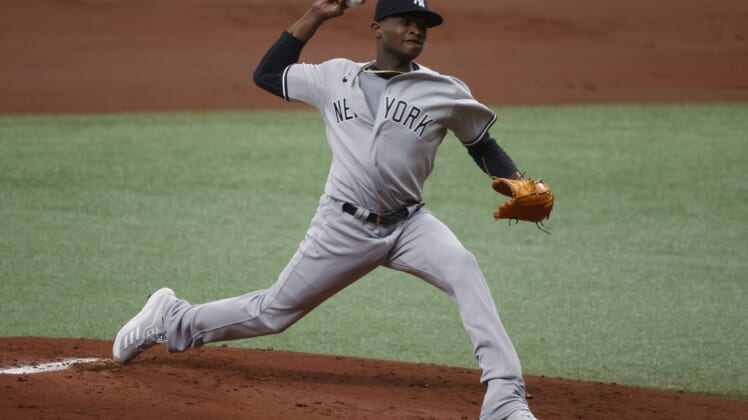 German (0-2, 9.00 ERA) will take the mound for his first start since April 10. He was optioned to the alternate training site after the contest.

“When I went down to the alternate site, I wanted to work on my fastball command,” German said through an interpreter. “It’s one of the things I spoke to our pitching coach after my last outing here in the big leagues. I also want to control the different lanes and have my pitches be more effective and sharper.”

He returned from an 81-game suspension for violating Major League Baseball’s domestic abuse policy and impressed during spring training. German ultimately won the fifth starting spot out of camp before surrendering seven runs — including four homers — in seven innings over his first two outings.