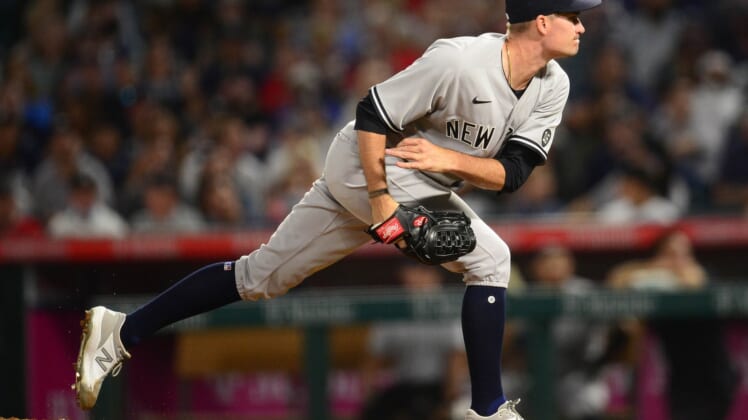 In a corresponding move, the Yankees reinstated right-hander Jonathan Loaisiga (shoulder) from the 10-day injured list.

Manager Aaron Boone told reporters Wednesday that the team agreed with Heaney to option him rather than designate him for assignment.

Heaney, 30, started the season with the Los Angeles Angels and came to New York in a deadline trade in exchange for minor league pitchers Janson Junk and Elvis Peguero. His two-month Yankees tenure saw him go 2-2 with a 7.32 ERA, a blown save in his only save opportunity and 13 home runs allowed in 12 appearances (five starts).

Loaisiga is in his fourth season pitching for the Yankees, but the first time he’s been heavily used. In 54 outings, he owns a 2.25 ERA, a 9-4 record and five saves. The Nicaraguan had been on the injured list since Sept. 5 due to a strained right rotator cuff.