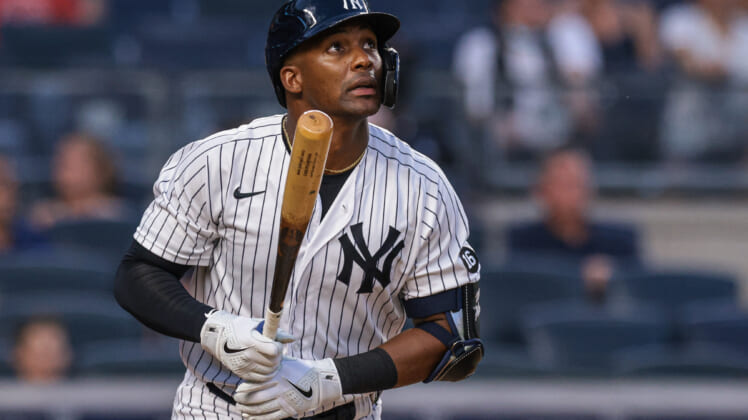 Earlier this week at his San Cristobal farm in the Dominican Republic, New York Yankees third baseman Miguel Andujar was robbed and assaulted at gunpoint.

In the attack, the assailants fired three shots, but luckily, the 27-year-old Andujar was not hit by any of the bullets. But he wasn’t able to avoid getting beaten by his attackers.

The thieves reportedly took a watch off of Andujar that’s reportedly worth up to $7,000. His father’s SUV was also stolen and later found abandoned elsewhere.

While it’s undoubtedly a scary situation, ESPN Deportes has since reported that Andujar is now safe and out of danger.

Andujar is working with the authorities to help provide them with any information he can help with, including offering the security footage from his residence over to the local police. They are still investigating the matter.

Miguel Andujar will be ready for spring training with Yankees

Obviously this is a far from ideal situation for anyone to be dealing with, but on the bright side, it isn’t expected to impact Miguel Andujar’s season.

He is expected to be ready for spring training, reporting at some point later today.

A Yankees spokesman released a brief statement, letting the public know they are aware of Andujar’s situation and what he’s been through.

“We’ve been in contact with Miguel,” a Yankees spokesman said. “We’re still gathering details and information about the reported incident and we do expect him to report some time this weekend to Tampa.”

The first spring training game the Yankees have on their schedule is on March 18, against the Pittsburgh Pirates set to take place in Bradenton, Florida. Hopefully Andujar will be healthy and good to go in time for his spring debut.