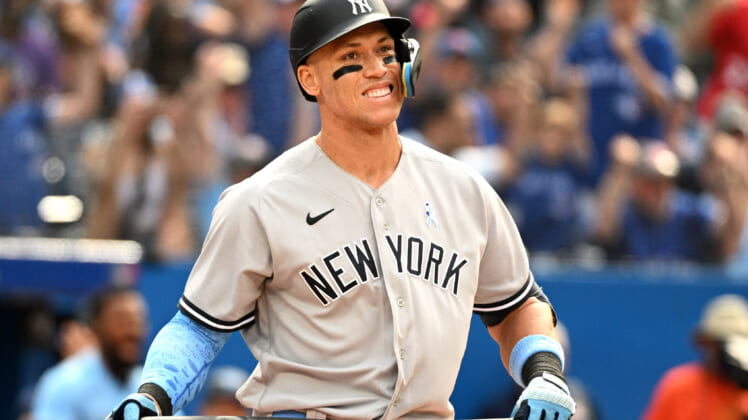 The New York Yankees and MVP candidate Aaron Judge are still millions apart in another failed negotiation between both sides as they head into an arbitration hearing on June 22.

Aaron Judge is off to an unbelievable start in 2022 as he’s led the Yankees to a league-leading 50-17 record. The timing is absolutely perfect for the outfielder as he heads into free agency this winter. Judge and the team could not agree on a new long-term extension during the league’s abbreviated spring training. Which has opened the door to the possibility that Judge may not be a Yankee next season.

Considering the fact that the team playing financial hardball in the spring was a mistake, and they will now have to pay more than they wanted to keep the 30-year-old, you would think the Yankees would be more flexible in current negotiations for Judge’s 2022 compensation. And curry favor ahead of the difficult negotiations to come. Yet, the organization may not have learned its lesson.

Due to the abbreviated spring, an arbitration hearing that would have normally happened in February will take place this week to decide what the three-time All-Star will earn this season. However, despite his absurd start and almost having the third most home runs of his career in just 65 games, New York is still trying to get a bargain on their best player this summer.

On Tuesday, New York Post MLB insider Jon Heyman reported that there has been “no sign of progress in talks yet. The Yankees submitted $17 M, Judge $21 M” offers. 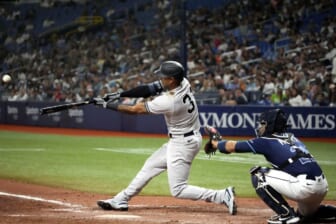 Also Read:
Yankees begin quest for next 50 wins vs. Rays

The Yankees trying to get a discount on Judge’s performance for another season seems ill-timed and poor long-term thinking. For a franchise worth $6 billion and that will make a killing in 2022 on a team that will compete for a World Series title, why would you haggle over $4 million dollars?

The franchise really should give Judge whatever he wants and get back on good footing now, before he has all the leverage and some hurt feelings later. Unfortunately for New York Yankees fans, the franchise seems to be doing all they can to give Aaron Judge a reason to ponder a career without wearing the pinstripes.