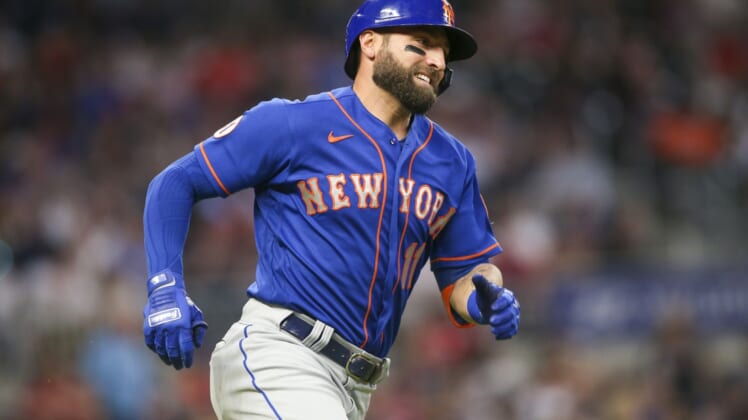 Per the Mets, Pillar will meet with a facial specialist in Atlanta to determine the next steps in his recovery.

Pillar was hit in the face by a 94 mph fastball from Braves reliever Jacob Webb in the seventh inning of Monday’s game.

Pillar immediately went to the ground and blood was gushing as trainers rushed to get towels on the injury. Pillar never lost consciousness and walked to the clubhouse on his own power to be checked by the trainer.

“This guy’s a warrior. He shows up every day to play hard, and you guys saw him, he got up on his feet and left,” Mets manager Luis Rojas said. “There’s no chance I thought he was going to be able to do that after I saw the ball hit him in the face, but he got up and he left. That’s at least one positive to see.”

Pillar also tweeted postgame, “Thanks to everyone that has reached out! Scary moment but I’m doing fine! #RBI #gamewinner” 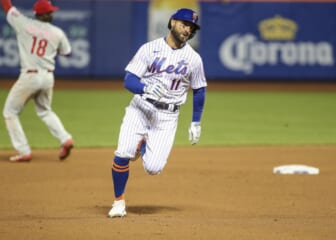 Also Read:
VIDEO: Scary moment as New York Mets OF Kevin Pillar is hit in the face by fastball

The hit-by-pitch occurred with the bases loaded, with James McCann scoring to give the Mets a 2-0 lead. Khalil Lee entered the game as a pinch-runner for Pillar, making his major league debut.

Pillar, 32, went 1-for-3 in the game, raising his season average to .250. He has two homers and eight RBIs in 28 games during his first season with New York.