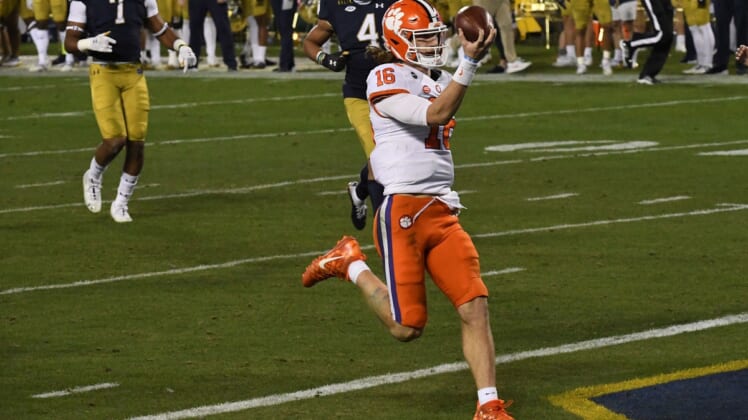 Adam Gase and the New York Jets entered Week 15’s game against the Rams at 0-13 on the season and clearly ahead in the Trevor Lawrence sweepstakes. They were losing by an average of 16.1 points per game and found themselves as whopping 17-point underdogs.

Everything seemed set up extremely well for the New York Jets to lose their 14th consecutive game to open the season, enhancing their chances of landing Trevor Lawrence in the 2021 NFL Draft.

But like we see pretty much every week around the NFL, this narrative was quickly tossed aside. Relying on some horrendous play from embattled Rams quarterback Jared Goff and Co., the New York Jets came out on top by the score of 23-20.

While a win is a win, most Jets fans will not be too excited about their team coming out on top here. By virtue of a tiebreaker, the Jacksonville Jaguars would own the No. 1 overall pick and the ability to select Trevor Lawrence come spring time. If both teams lose out, that’s going to be the case.

One win. Irrelevant in the grand scheme of things. One final Adam Gase victory before he’s shown the door this coming offseason. A New York Jets team, paralyzed by their own failures and some bad luck, now potentially losing out on Trevor Lawrence because of a meaningless win.

The New York Jets clearly didn’t want to become the third team in NFL history to go 0-16 in a season. This guarantees that won’t happen.

However, barring some type of miracle to end the season (like another Jaguars win), these Jets will have ended up missing out on Trevor Lawrence because of one win.

It’s like getting a 50-pound piece of coal under the Christmas tree when you were expecting the newest PlayStation.