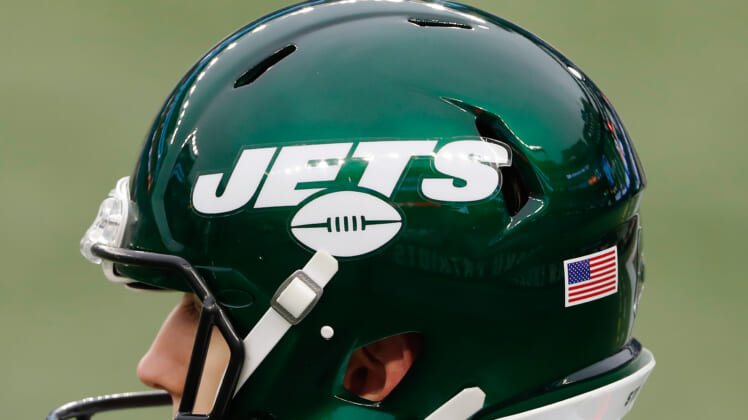 The New York Jets enter the 2022 NFL Draft with an overwhelming amount of draft capital, boasting a pair of top-10 and top-four picks to continue the rebuild. While the fourth pick will be made by New York, there are plenty of trade possibilities with the other selections.

New York needs to build a better team around quarterback Zach Wilson. The franchise failed to put an adequate offensive line and receiving corps around him in 2021, which proved costly. In order for the Jets to avoid Wilson following the Sam Darnold trajectory, big moves need to be made during the NFL Draft.

Fortunately, there are plenty of options. Teams desperate for a quarterback or a general manager angling for a top offensive tackle or cornerback sliding down the board might want to jump up to the 10th pick. Another possibility, swinging a blockbuster trade for a wide receiver like Deebo Samuel or DK Metcalf.

Before we dive into draft-day trade scenarios for the New York Jets, here’s a quick overview of their 2022 draft capital.

The great thing about the 2022 draft class is its depth at wide receiver and edge rusher. More than likely, New York can either grab the top wideout on its board or a pass rusher it covets. With that said, we also know, per NBC Sports’ Peter King, that the front office ideally wants to trade back to gain future picks.

This stands out as an ideal situation for the Jets. The New Orleans Saints likely will be a bottom-15 team next year, making that 2023 first-round pick a top-50 selection. Instead of receiving a second-round pick this year, Douglas would gain one next year and receive a few Day 2 picks in exchange.

At the 16th pick, the Jets can snag a player like Chris Olave. Thanks to his route-running ability, he’s instantly ready to step in Week 1 as a starter. He’d also be a nice fit in the offense, providing Wilson with a security option who consistently gets open. 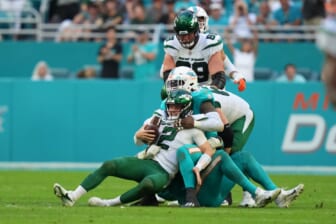 Deebo Samuel is an extremely attractive option who should be on New York’s radar. However, DK Metcalf will likely be a more affordable option. Whereas the San Francsico 49ers might insist on the 10th pick for their All-Pro weapon, there’s a chance Seattle could be talked into a different trade package for Metcalf.

This is a price the Jets are in a great position to pay. Thanks to the Darnold trade, New York would still hold an early pick in Round 2. In this scenario, the franchise uses the 4th pick on offensive tackle Ikem Ekwonu, the 10th selection on cornerback Derek Stingley Jr. and it adds a Pro Bowl wideout to help Wilson out.

It might be the dream scenario in New York, building a structure to help out a young quarterback and provide defensive-minded coach Robert Saleh with the help he needs.

It would certainly be understandable if the franchise wants to stay put with its second-round picks, waiting until Day 2 to add more talent. However, front offices need to be aggressive at times and Douglas might see an opportunity to move up at a reasonable cost.

New York could go in a variety of directions here, it all depends on its selections with the previous two first-round picks. If the Jets take an edge rusher at No. 4 and a wide receiver at No. 10, Douglas can move back into Round 1 for a sliding cornerback (Trent McDuffie) or offensive tackle (Trevor Penning). If he takes a tackle and cornerback with his top picks, then wide receiver and edge rusher become options.

In this scenario, the Jets added Ahmad “Sauce” Gardner to the secondary and provided Wilson with a WR1 in Drake London. Seeing some intriguing edge rushers still available, the New York Jets leap ahead of teams needing to improve their pass rush. Ebiketie, a 6-foot-2 edge rusher who racked up 52 pressures last year (PFF), is an intriguing option for Saleh’s defense.