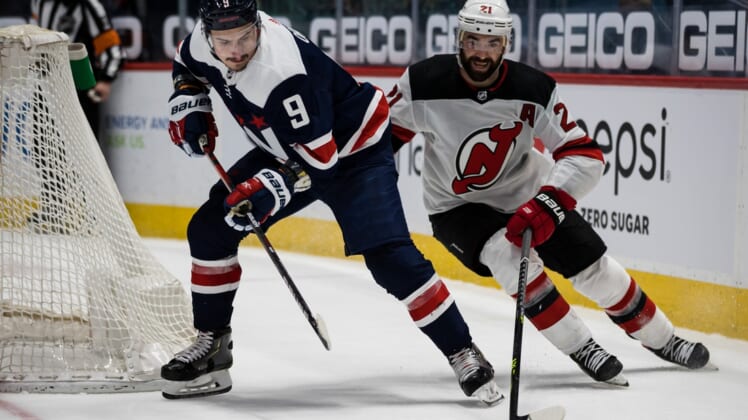 The New York Islanders, seeking to bolster their playoff hopes, acquired veteran forwards Kyle Palmieri and Travis Zajac in a trade with the New Jersey Devils on Wednesday.

The Islanders, among the Stanley Cup favorites, are tied for first in the East Division with the Washington Capitals.

The deal, in which the Devils retain 50 percent of the salary for Palmieri and Zajac, comes just days before the league’s Monday trade deadline. Both veterans are set to become unrestricted free agents after the current season.

The 5-foot-11, 185-pound forward scored more than 20 goals in each of the previous five seasons, but he has just eight goals (and nine assists) in 34 games this season. Over his 595 career games, Palmieri has produced 355 points (183 goals, 172 assists), adding eight goals and seven assists in 38 playoff games.

Zajac, 35, has known only one NHL team, having played all 1,024 games with the Devils. He ranks among the franchise’s top five in games played, goals, assists and shots. Zajac has 550 career points (202 goals, 348 assists). This season, he has seven goals and 11 assists in 33 games.

He was selected by New Jersey in the first round (20th overall) in the 2004 draft.