Ever since Chris Snee and David Diehl retired following the 2013 season, the New York Giants offensive line has been in shambles.

The Giants’ general manager at the time, Jerry Reese, tried to rebuild the line but was unsuccessful. It’s one of the reasons he was relieved of his duties in December of 2017.

Reese’s successor Dave Gettleman vowed to acquire “Hog Mollies” and make the offensive line solid again. But with the exception of taking Andrew Thomas with the fourth overall pick in the 2020 draft, Gettleman’s attempts at rebuilding the line, just like most of his other transactions, were a disaster.

The onus of bringing back the O-line and franchise to credibility now falls on new general manager Joe Schoen. Although the 42-year-old first-time general manager has only been on the job for four months, you have to be optimistic about the acquisitions he’s made. 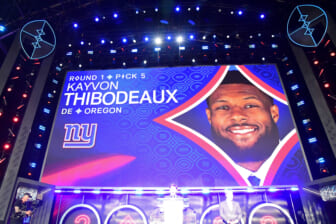 First, he added veteran linemen via free agency such as Jon Feliciano and Mark Glowinski who will likely come into training camp as starters. Schoen also added depth by signing Jamil Douglas and Matt Gono.

Glowinski has started 74 games during his seven-year career and has played both left and right guard. Last season he was part of the Indianapolis Colt line that helped Jonathan Taylor win the rushing title.

Feliciano is also a versatile lineman who can play guard and center. His versatility will be key with the uncertainty of how Nick Gates recovers from his gruesome leg injury.

None of these moves were considered flashy but they were solid additions that will strengthen the weakest part of the team. 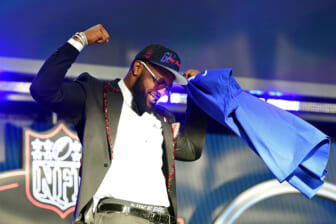 Then in the draft, the Giants selected Evan Neal from Alabama with the seventh overall pick who some feel was the best tackle in the draft. He would later add two offensive linemen from North Carolina with Joshua Ezeudu in round three (67th overall) and Marcus McKethan in the fifth round (173rd overall).

Neal will be the team’s starting right tackle. If he can play up to his projection, then he and Thomas could wind up being one of the better offensive tackle tandems in the league. Having two solid tackles will help bring out the best that quarterback Daniel Jones has to offer.

It’s been a long time since there’s been this much optimism surrounding the New York Giants’ offensive line, and fans are hopeful that the line is finally fixed.

Now of course this is a work in progress as these men have never played together and will need to build cohesiveness during training camp and the season.

But as of right now, the line is vastly better since it’s been in a very long time.