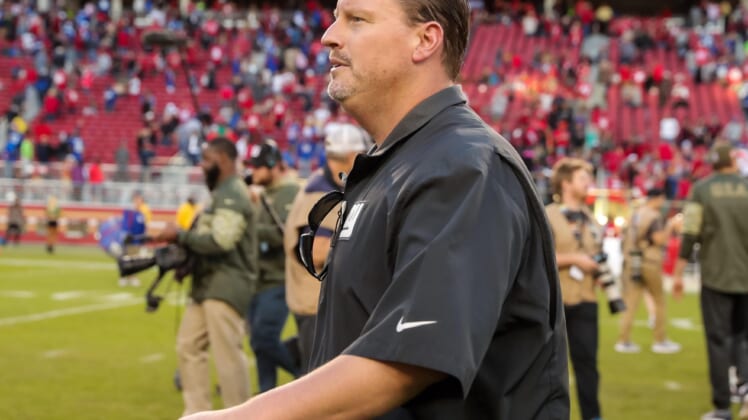 Following up on a previous report, it looks like the New York Giants have indeed fired head coach Ben McAdoo.

McAdoo was one of three figures to meet with the brass a day after New York dropped its 10th game of the season. Now according to NFL Media’s Ian Rapoport, McAdoo has indeed been fired.

The entire McAdoo situation came to a head this past week when New York benched two-time Super Bowl champion Eli Manning. At that point, it seemed as if McAdoo would not be long for the job.

New York sits at 2-10 on the season. This comes on the heels of the team winning 11 games in McAdoo’s debut as its head coach in 2016.

There promises to be more reports from the Giants’ building as Monday moves forward. General manager Jerry Reese was seen entering the team’s facility with McAdoo in the morning. At that point, one report suggested that multiple firings were imminent.

We’ll have more on this story as it becomes available.