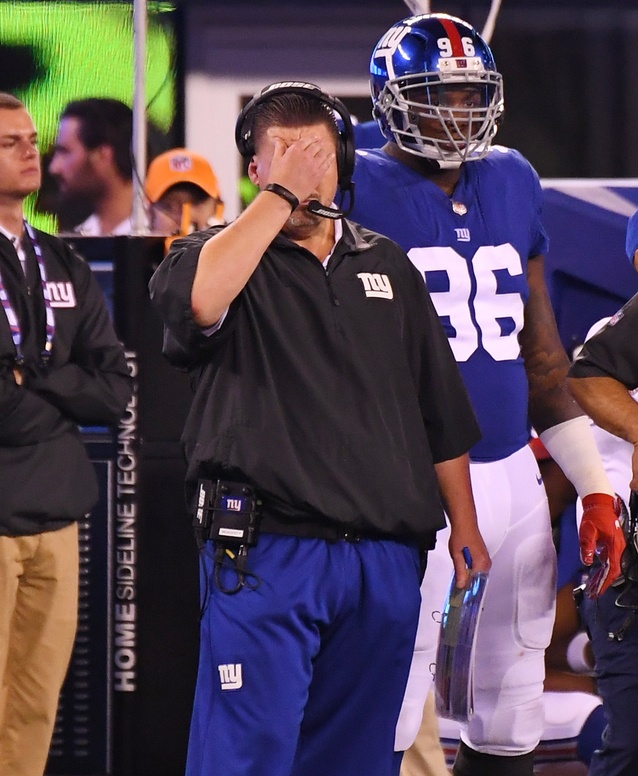 New York Giants head coach Ben McAdoo, defensive coordinator Steve Spagnuolo and general manager Jerry Reese were all apparently called to the principal’s office on Monday, a day after the team dropped its 10th game of the season.

Head coach Ben McAdoo has arrived. Drove towards the back lot, I'm told. GM Jerry Reese is in the building. Steve Spagnuolo came in as well. #Giants

Now, according to NFL Media’s Kimberly Jones, it looks like multiple firings are imminent.

It wouldn’t be conjecture to say that McAdoo could be among those fired. He’s long been on the hot seat, a fact that seemed to come to a culmination with the entire Eli Manning benching (more on that here).

New York sits at 2-10 on the season following a 24-17 loss to the Raiders on Sunday. It’s long been reported that McAdoo wouldn’t be back for a third season with the team. Though, the inclusion of Reese in potential firings is what might be bigger news here.

When the Giants moved on from Tom Coughlin following the 2015 season, most figured the general manager should have been shown the door, too. It now looks like that could be the case.