A new NASCAR Cup Series organization is ready to make its debut in 2022. Who is this team and which drivers could be driving for the organization? 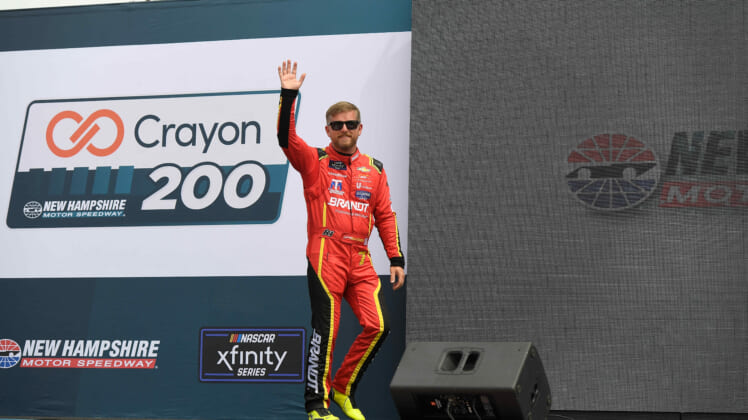 A new NASCAR Cup Series organization is ready to make its debut this fall but there are still some unknowns. Who is this team and which drivers could be driving for the organization across multiple series?

NASCAR’s new organization, 3F Racing, is a German-owned team by Dennis Hirtz. The website states the team has been “racing successfully in Europe’s highly competitive GT and Touring Car series.”

3F Racing would be the first German NASCAR Cup Series race team in the sport’s history. The organization wants to give German companies operating in the United States opportunities and brand presentation.

The organization is planning to use the No. 30 on a NextGen Chevrolet Camaro ZL1. Team owners, Hirtz and Paul Wiedeler, have been at many races this season, including the Indianapolis Road Course.

The team was also at Atlanta Motor Speedway in July to show the General Consul of Germany and President of the German American Chamber of Commerce around the pit area.

The organization plans to run a part-time schedule in both 2022 and 2023 before eying a full-time Cup Series program beginning in 2024. Outside of one driver below, everything remains to be determined.

NASCAR’s new organization 3F Racing seems to be prepared to go racing on a few different levels, but they still need to find some more drivers to add to the lineup.

There has been pure speculation that JR Motorsports driver Justin Allgaier and WeatherTech SportsCar Championship GTLM class driver Earl Bamber could be drivers for 3F Racing.

However, these claims cannot be confirmed at this time. Speedway Digest received an e-mail with the following information regarding a possible driver.

The team is reportedly planning on making its debut at the Charlotte ROVAL with a two-time 24 hours of Le Mans winner with a strong European background. Then, a well-known American NASCAR driver.

Most notably, since the drivers above are simply speculation, there is one driver confirmed to be making starts with the new team making headlines around the NASCAR world.

Christopher Tate will pursue his ARCA Menards Series debut with the organization with hopes of making his NASCAR Truck Series debut at a later point.

Tate is a Late Model driver for Orion Motorsports and an active duty United States Marine partnered by Grit Motorsports. Tate was in a “Limited Late Model” test for 3F Racing at Caraway Speedway.

NASCAR driver Robby Lyons was also connected to the test as he is with Grit Marketing, which Tate is partnered with at this point in his career, as said above.

This is another example of how the NextGen car is transforming the environment of NASCAR. It is allowing more people to make the jump and join the NASCAR Cup Series.

It is also helping teams, such as Kaulig Racing, GMS Racing, and potentially JR Motorsports in the future, to make the jump to the next level of racing.

If everything goes as planned, another team is set to hit the track with a pretty notable European driver in the fall months, plus a new face that is set to pursue ARCA and the Truck Series.