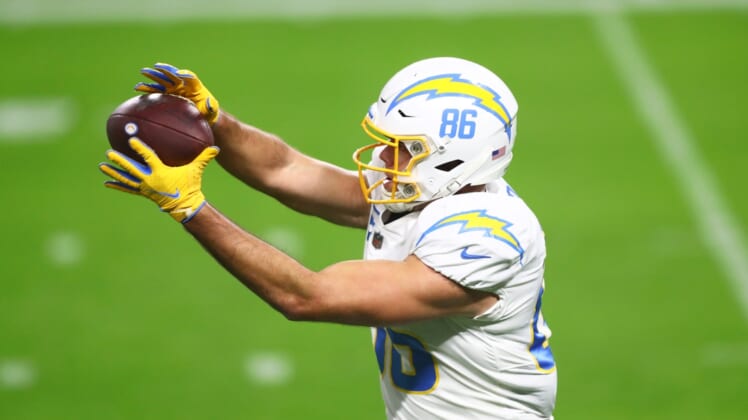 Multiple reports indicate Henry is headed to New England on a three-year deal worth up to $37.5 million, joining three other free-agent acquisitions that should boost an offense that ranked 27th in yards per game in 2020.

The deals can become official on Wednesday when the NFL league year begins.

Henry played last season on the franchise tag with the Los Angeles Chargers and has spent all five NFL seasons with the franchise. Henry, 26, caught 60 passes for 613 yards and four touchdowns in 2020.