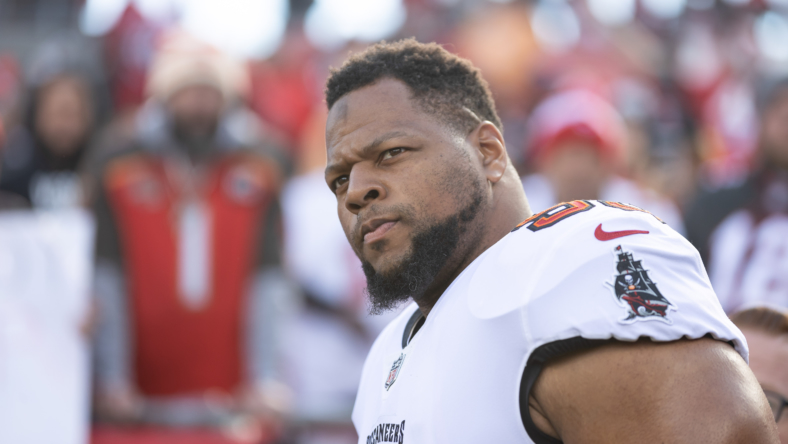 Five-time Pro Bowl defensive tackle Ndamukong Suh has been waiting in the wings, patiently figuring out what contending team makes the most sense for his services.

With Week 11 of the NFL set to get going, Suh has made that decision. According to NFL Media’s Ian Rapoport, the former No. 2 overall pick has agreed to a one-year deal with the NFC-best Philadelphia Eagles.

It’s clear that these Eagles are attempting to bulk up the trenches ahead of a potential Super Bowl run. The Suh signing comes one day after Philadelphia brought in fellow Pro Bowl defensive tackle Linval Joseph in free agency.

It comes at just the right time for Philadelphia. The team is coming off its first loss of the season and has struggled stopping the run in recent weeks. In fact, the Eagles’ defense has yielded an average of 150 rushing yards over the past four games.

Suh, 35, suited up for the Tampa Bay Buccaneers each of the past three seasons. That span has seen him register 46 QB hits, 23 tackles for loss and 14.5 sacks.

Impact of Ndamukong Suh landing with the Philadelphia Eagles

While Suh is known more for his ability to get to the quarterback, he has also been stout stopping the run.

Teaming him up with Joseph as veteran presences behind Javon Hargrave and Fletcher Cox will give Philadelphia a nice rotation of defensive tackles even with rookie first-round pick Jordan Davis currently on injured reserve.

At least initially, the expectation is that Suh will be on a pitch count. But he should be able to provide something for Philadelphia moving forward on the season.

The Eagles are set to take on the Indianapolis Colts this coming week. Going up against Jonathan Taylor will be another nice test despite the fact that Suh is unlikely to suit up in that one.