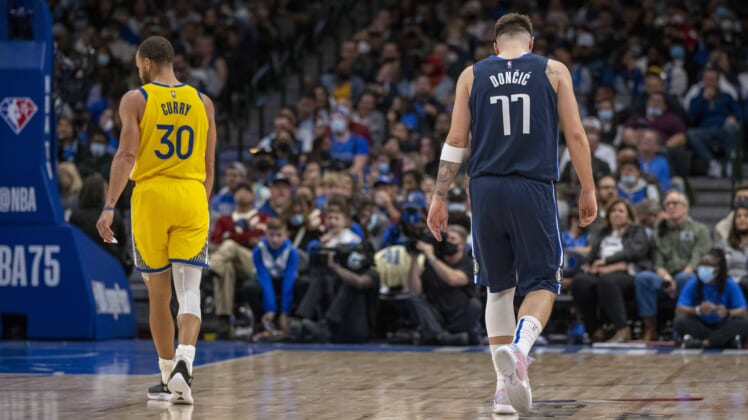 The Golden State Warriors and Dallas Mavericks will do battle in the NBA Western Conference Finals. The winner of this series will take on either the Miami Heat or Boston Celtics in the NBA Finals.

For most of the season, it looked like the Phoenix Suns and Memphis Grizzlies would be playing in this series. But after what we saw during the weekend, that’s not going to be the case.

Golden State took out Memphis at home in Game 6 Friday evening with a late flurry. Meanwhile, Luka Doncic helped Dallas absolutely destroy the Suns in Game 7 in Phoenix Sunday evening. It was a brilliant performance from the Mavericks. It was also a pathetic display from the defending Western Conference champion Suns.

Before we preview the Western Conference Finals with some major storylines, let’s check in on the schedule. 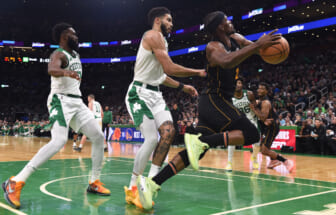 How the Golden State Warriors got to the Western Conference Finals

How the Dallas Mavericks got to the Western Conference Finals

Without further ado, let’s check in on the top-four storylines for this Western Conference Finals matchup. It promises to be an epic series between two teams that proved that they belong standing with a chance to earn the NBA title.

We saw it in Game 6 against the Grizzlies. Not only did Wiggins score 18 points on 7-of-16 shooting while hitting on 60% from distance, he was tremendous on both ends of the court. That included Wiggins grabbing six offensive rebounds en route to putting up a double-double.

Wiggins, 27, has been a consistent force for the Warriors throughout the playoffs. He’s averaging 14.5 points and 6.9 rebounds on 49% shooting. However, it’s the forward’s ability to play defense out on the perimeter that will loom large in this one.

Golden State can’t rely on a watered-down version of Klay Thompson’s defense to defend Luka Doncic. It can’t depend on Draymond Green out on the perimeter. With Andre Iguodala still sidelined, it will be up to Wiggins to do the heavy lifting.

Throughout the NBA Playoffs, Jalen Brunson had acted as the No. 2 guy in Big D behind Luka Doncic. That changed to an extent in Game 7 against Phoenix with Spencer Dinwiddie dropping 30 points.

It’s the first time two teammates Doncic (35 points) have dropped 30-plus points in a Game 7 since the legendary duo of Shaquille O’Neal and Kobe Bryant with the Los Angeles Lakers.

However, we need to see more consistency behind Doncic in the Western Conference Finals against the Golden State Warriors. Doncic will put up his numbers. But without a consistent force behind him, the Warriors will be able to hone in on the NBA’s best player. It could be similar to when Golden State defeated LeBron James and his former Cleveland Cavaliers team in the NBA Finals three times in a four-year span.

What version of Klay Thompson will show up for the Golden State Warriors?

Game 6 Klay was on full display Friday evening against the Memphis Grizzlies. The three-time NBA champion scored 30 points on 8-of-14 shooting from distance. His hot start and ability to connect at the end held off a game Grizzlies squad. However, Thompson was not anywhere near his old self leading up to that game.

Back in Game 5 against the Grizzlies, Thompson was minus-45 in 25 minutes of action. That’s historically bad. This is also despite Memphis being without star guard Ja Morant.

There’s going to be no let-up from Doncic in this one. And while we don’t expect Thompson to stop him defensively, the sharp-shooter must look closer to his pre-injury self than what we’ve seen throughout a vast majority of the playoffs.

The top storyline for this Western Conference Finals matchup will be the old guard against the new guard. At just 23 years old, Doncic has already proven himself to be one of the faces of the NBA. Going up against a 34-year-old Stephen Curry, he now has an opportunity to take the title as the face of this new generation of players.

Just imagine if Doncic is able to defeat a rejuvenated version of the previously dynastic Warriors. With all eyes on the Mavericks, a performance of this magnitude could put the old guard to rest. That doesn’t simply include Mr. Curry. It includes LeBron James and a player in Chris Paul that Doncic already put to pasture in the Western Conference Semifinals.