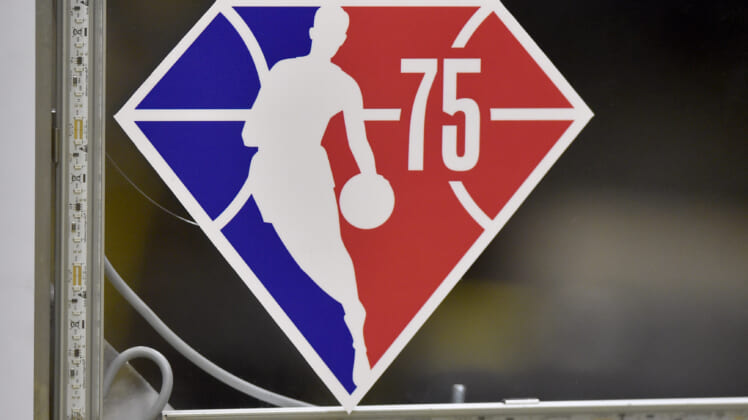 Over the past couple seasons, the NBA injury report has been filled with big-name players. This year is no different, but we have seen Klay Thompson and C.J. McCollum make their highly anticipated returns after too much time away from the basketball court. Unfortunately, there’s still stars like Zion Williamson who don’t appear close to being ready to hit the hardwood.

Bookmark. Save. Do your thing. We’ll be updating this NBA injury report on a daily basis between now and the end of the NBA Finals in the summer of 2022.

Devin Booker’s right hamstring injury couldn’t come at a much worse time after dropping Game 2 to the Pelicans. Since hamstrings are nothing to mess around with, Booker’s recovery process could take up to 2-3 weeks before he can hit the court again. Until then, Cam Payne and Cam Johnson are expected to see more playing time for the No. 1 seed in the West.

Ben Simmons has yet to play organized basketball during the 2021-22 season. As he’s ramped up activity nearing a return to the court, he’s experiencing back soreness, though he did get an epidural to help with the lower spine issue. Simmons is working his way back from a herniated disk but should be able to make his Nets debut in Game 4 of their first-round playoff series against Boston.

One of the catalysts to the overwhelmingly successful Chicago Bulls season has been the chemistry fit with Lonzo Ball and the rest of the cast. That all came crashing down once Ball tore the meniscus in his left knee. While the initial injury was only expected to keep him out for 6-8 weeks, his rehab and recovery process has not gone well. Ball has since been ruled out for the playoffs.

James Wiseman ruled out for the season

When will James Wiseman make his NBA return? It won’t happen during the 2021-22 season as the big man recently suffered a setback, experiencing continued swelling in his knee. His timetable is now reset, leaving everyone without a clue as to just when he may be able to resume basketball activities. We’ll keep you in touch with whatever NBA injury report updates come across the wire.

After undergoing foot surgery earlier this year, it looks like fans won’t get to see any Zion Williamson dunks this season. Recent reports suggest Williamson feels he’s ready to hit the court, but the team is holding him back for precautionary reasons.

For a Pelicans team that has talent, but lacks a true superstar, missing Zion is a debilitating blow. Williamson, 21, remains a dynamic force when on the court. He’s averaging 25.7 points, 7.0 rebounds and 3.2 assists on 60% shooting from the field in 85 career games.

There’s still no timeline for Jamal Murray’s return after he suffered a torn ACL during the second half of the 2020-21 season. Normally, ACL tears take a full year to recover. This would put Murray on pace to return sometime in April — in time for a potential playoff push. There is some recent positivity with Murray reportedly in the “red zone“, nearing a return. It’s said to be up to Murray at this point.

As for star forward Michael Porter Jr., he underwent back surgery and had been expected to miss the remainder of the season. A recent setback likely hasn’t helped matters. With each game being more important than the last, a Porter return seems unlikely in the middle of the playoffs.

Related: See how the teams stack up in Sportsnaut’s NBA Power Rankings