NASCAR interested in streaming ahead of big TV deal in 2025

NASCAR is interested in selling a slice of its next TV deal to a streaming company. Would you need to buy an extra package to watch some NASCAR races? 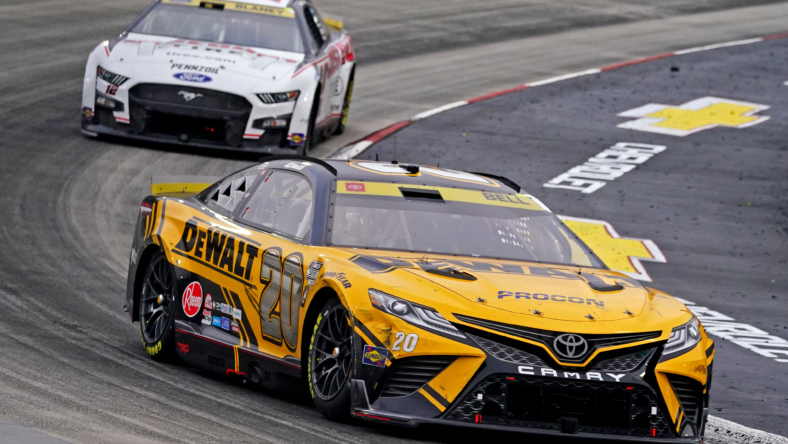 There have been many rumors coming out about NASCAR’s next TV deal which will begin for the 2025 season. One of those rumors includes ESPN potentially being interested in reuniting with the sport after its departure in 2014.

However, another one has come along that might ruffle the feathers of some race fans. According to Sports Business Journal’s Adam Stern on SiriusXM NASCAR Radio, NASCAR is interested in selling a portion of the next TV deal to a streaming company.

This has outraged some NFL fans who used to watch Thursday Night Football on NFL Network and FOX but need to purchase Amazon Prime as it is now the exclusive home of the game with Al Michaels and Kirk Herbstreit.

As stated above, NASCAR is interested in selling a portion of its next TV deal to a streaming company. This has been something the NFL and MLB have done over the last few years as streaming becomes more popular.

While the sport is scheduled to set to simulstream three Cup Series and four Xfinity Series races on Peacock in 2023, none of these races are stream-exclusive. Details on these races are still to be determined.

This is what Stern had to fully say about the sport’s interest in streaming races ahead of the next TV deal.

“It does sound like NASCAR is interested in exploring the potential of selling some portion, some slice of this package to a streaming company. Those companies are very deep-pocketed, as we know…There is that fan perspective of ‘If NASCAR does that deal, am I gonna have to buy an extra package to see some portion of NASCAR?’ The answer would probably be yes.”

Adam Stern on the future of streaming in the racing series

It would be interesting to see the amount of money that is involved if a streaming service is secured for the 2025 season and beyond. This would probably depend on which service the sport actually works with moving forward.

Unfortunately for some fans, based on logic and Stern’s comments, it seems likely that an extra package, such as Peacock, Amazon Prime, Apple TV, etc, would need to be purchased to watch some NASCAR events.

There will be plenty of rumors swirling around in the coming months as the sport works on securing the future of how the fans will watch races on their television.