Most glaring flaw for each NFL Wild Card playoff team

All eight franchises playing during Saturday and Sunday’s games have a unique set of X-factors that will come in to play. In turn, this should expose some glaring flaws that each club possesses.

Here is a rundown of that certain something or somebody that might get in the way of bringing home these teams a victory on Wild Card weekend.

The Houston Texans, for the second year in a row, crawled their way to the top of the AFC South. Now, they sit in the prime scenario to advance in the playoffs.

They are the host team against an Oakland Raiders squad that is starting a rookie quarterback. In a pairing even more perfect than peanut butter and jelly, Connor Cook is squaring off with Houston’s No. 1-ranked defense. A win should be in the bag, right?

Not so fast. Osweiler must keep his stuff together and keep his offense on the field, extending drives. There is no time for meltdowns, turnovers and sideline arguments with head coach Bill O’Brien. Furthermore, Oakland’s defense finished the season with the second-most takeaways. It could have Osweiler’s number dialed in.

During the regular season, Osweiler completed a mere 52.5 percent of his passes. He also had 16 interceptions and five fumbles. Unfortunately, only 17 touchdowns accompanied these numbers.

For the Texans to be successful on Saturday, Osweiler must perform well above what we saw this season and keep the ball away from Oakland’s defense.

This is about as glaring of a flaw as can be when it comes to a team entering in the playoffs. The Oakland Raiders sadly lost Derek Carr in Week 16 to a broken leg. Now, fast forward a game-and-a-half and the Raiders are down to starting rookie Cook, against the aforementioned Texans.

Cook will be making history getting his first official start in the NFL … during a playoff game.

But, the show must go on after 17 weeks of work by the Raiders that earned them a postseason trip. A huge key for the Raiders’ success will obviously be Cook not throwing the ball away.

Thankfully for Oakland Houston’s defense is brutal in several aspects but can be vulnerable to the run. It surrendered 13 rushing touchdowns and allowed running backs to average 4.0 yards per carry. Oakland’s rushing offense ranked sixth-best in the league in 2016. If Cook can successfully lean on his running backs, the Raiders might just sneak by with a win. 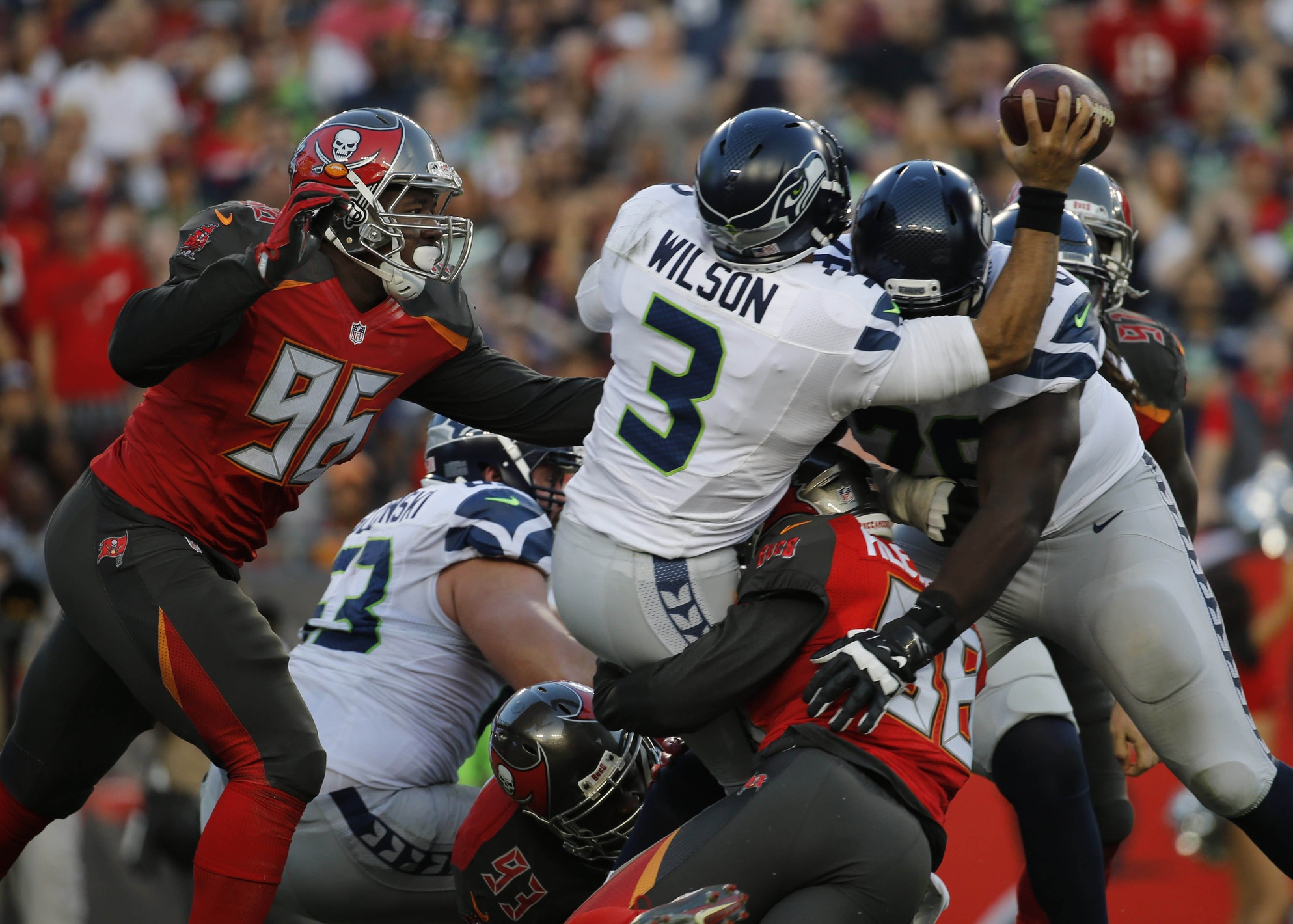 Seattle’s offensive line is about as sad as a kid that got skipped on Christmas. Right at the start of the season, Pro Football Focus had the Seahawks O-line ranked 32nd in the league. And throughout the course of the season, not much has changed.

Quarterback Russell Wilson got beat up a bunch on a weekly basis. He was sacked 41 times during 2016 which tied him for second in this stat. Even worse, Wilson failed to pass for a single touchdown in five different games. And he was often limited in mobility thanks to injuries stemming from being pummeled, finishing 2016 with just 259 rushing yards.

This was unfortunately an area that all Seattle’s running backs struggled with as well. Often they were not able to get past the line of scrimmage, and the Seahawks’ rushing offense actually finished 25th on the season.

If the offensive line fails to keep Wilson protected in Saturday’s Wild Card game, the Detroit Lions will certainly have the upper hand. A scoreless or low-scoring performance by Wilson this game won’t likely cut it.

Detroit Lions: Uncanny propensity to play from behind

The come-from-behind king of the NFL is quarterback Matthew Stafford. Eight times this season, Stafford and his offense pulled up from behind in the fourth quarter to snag a victory … out of nine wins.

His performances when under the wire have been nothing less than stellar, considering the pressure of having just seconds to make grand plays.

However, this method of approach won’t be ideal for Saturday’s game in Seattle. Everything is on the line here for a Lions’ team that is looking to win its first playoff game since the 1991 season. Seattle’s defense is no joke and finished 2016 ranked No. 5 in terms of yardage and allowed only 18.3 points on average per game.

If the Lions fall behind early, the Seahawks will clearly gain an advantage. Unfortunately, Stafford and Co. are on a three-game losing streak. Simply stated, the Lions’ luck for pulling off a last-minute win seems to have run out.

For the first time ever, Ben Roethlisberger, Antonio Brown and Le’Veon Bell will all be starting in a playoff game together. Health has been a deterrent to seeing this power trio accomplish this task.

So, hopefully all three playmakers can remain upright through 60 minutes of tangoing with the Miami Dolphins. Roethlisberger for starters has dealt with a few injuries that caused him to miss six games over the last two seasons. We can bet that defensive linemen Cameron Wake and Ndamukong Suh will be pinning their ears back like crazy to get after Big Ben.

As for Brown and Bell, they’re both in excellent physical condition. They’ll need to finish the game healthy as well to give the Steelers the best chance of advancing to next week’s playoffs. If this is the case, the Steelers have a great shot at continuing a win-streak next week. 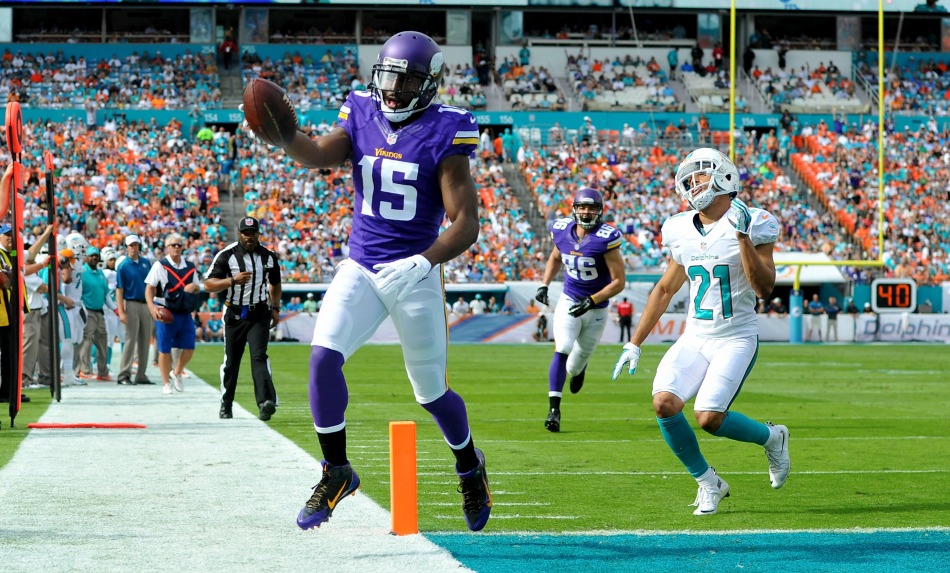 Speaking of that dynamic Steelers’ offense, Miami’s passing defense needs to batten down the hatches better than it has as of late.

Over the last two games of the season, Buffalo Bills quarterback Tyrod Taylor and New England Patriots quarterback Tom Brady combined for 605 passing yards. This is absolutely ridiculous. Each quarterback also passed for three touchdowns while the Dolphins defense failed to make one interception. Brady completed 75.6 percent of his passes and Taylor completed 66.7 percent.

Clearly, Big Ben, Brown and Bell could keep up the trend under these enticing conditions at their home stadium.

Unfortunately, Miami’s passing defense could serve as the team’s Achilles heal when the stakes are at their highest.

If the Packers cannot contain Odell Beckham Jr. for one, then the Giants could have a major advantage in Sunday’s showdown. The Packers have been pretty horrific at defending receivers and rank 32nd in the league in this stat. Their defense gave up a league-high 32 receiving touchdowns as well as 287.7 yards on average per game.

This should be a breeding ground for OBJ to pile up tons of yardage and perhaps score more than once (unless he’s still suffering a post-Bieber hangover). Then there is Shepard and Victor Cruz to be concerned with as well. The Giants house one of the best wide receiving trios in the league.

Green Bay is going to have to pull some rabbits out of its hat to slow down New York’s passing attack.

Working hand-in-hand with the Giants receivers shredding Green Bay’s secondary is Manning. The version of Manning that shows up to Lambeau Field will impact the outcome of this Wild Card game.

As most are likely aware, Manning is either on or way off. This could spell trouble for the Giants against an opportunistic Packers defense. For as many yards and touchdowns Green Bay has allowed from its opposing receivers, its defense has forced 17 interceptions and eight lost fumbles.

Manning in particular, is no stranger to red zone interceptions. Just check in with OBJ, who lost it when Manning got picked off by Washington in the end zone back in Week 3.

Unfortunately, Manning threw 16 interceptions in 2016. It was not one of his best campaigns by any means. For comparison sake, Aaron Rodgers finished the year with a 40:7 touchdown-to-interception ratio. Manning is going to have to channel his inner Rodgers for the G-men to succeed.