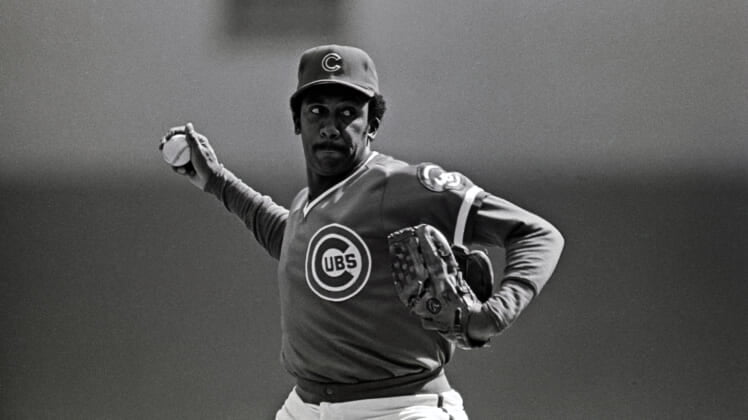 PITTSBURGH, PA – CIRCA 1982: (EDITORS NOTE: Image has been shot in black and white. Color version not available.) Pitcher Ferguson Jenkins of the Chicago Cubs pitches against the Pittsburgh Pirates during a Major League Baseball game at Three Rivers Stadium circa 1982 in Pittsburgh, Pennsylvania. (Photo by George Gojkovich/Getty Images)

Hall of Fame pitcher Fergie Jenkins will get a statue outside of Wrigley Field, the Chicago Cubs announced Tuesday, becoming the fifth player to be honored with a sculpture outside the stadium.

The statue could be unveiled sometime in 2022.

“It just brings a smile to your face, knowing that you’re going to be immortal with a statue,” the 78-year-old Jenkins said. “I’m looking forward to it. It should be a great day.”

Jenkins pitched 10 of his Major League seasons with the Cubs over two stints spanning three decades. Jenkins is the Cubs’ all-time leader in starts (347) and strikeouts (2,038), and ranks third all-time in innings (2,673 2/3) and fourth in shutouts (29).

“I had a pretty good career with the Cubs,” Jenkins said. “Ten years of pitching and having fun with the players [like] Ernie, Ronny and Billy.”