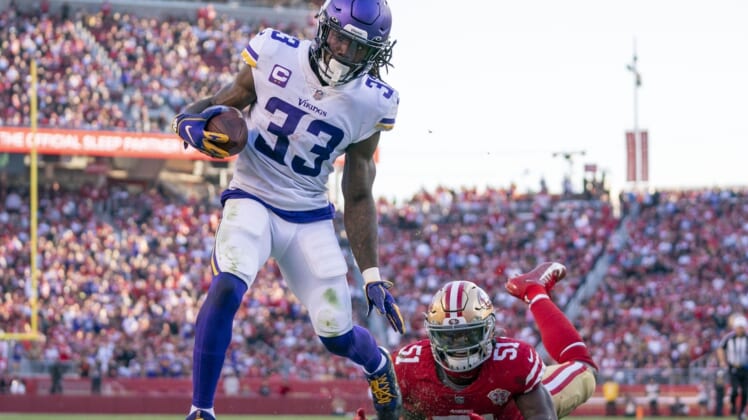 Minnesota Vikings running back Dalvin Cook has been ruled out of this weekend’s game against the host Detroit Lions with a shoulder injury.

Alexander Mattison is expected to receive the bulk of the workload out of the backfield on Sunday. Mattison, 23, has rushed for 315 yards and a touchdown in 11 games this season for the Vikings (5-6).

Cook was carted off the field after taking a big hit from San Francisco 49ers defensive lineman Kevin Givens during last Sunday’s game. Cook clutched the left side of his chest after the hit and remained on the ground for several minutes as medical personnel and teammates surrounded him. He fumbled the ball on the hit.

Cook gained 39 yards on 10 rushes and caught six passes for 64 yards before departing the contest.

The 26-year-old has 773 rushing yards and four touchdowns in nine games. He has surpassed 1,100 rushing yards in each of the two previous seasons.