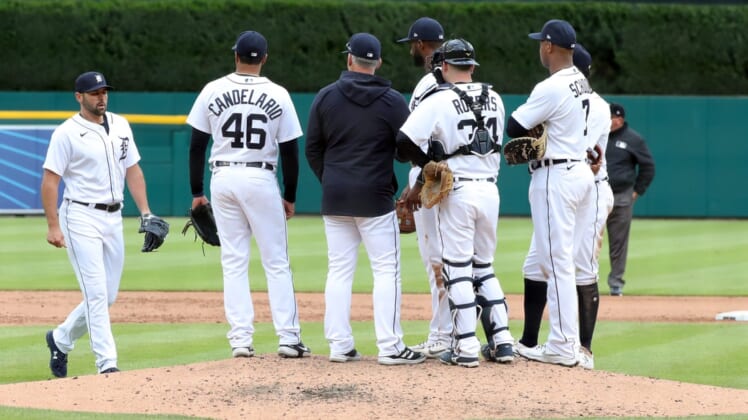 The Detroit Tigers announced their Sunday home series finale against the Minnesota Twins has been postponed due to inclement weather.

The Twins lead the season series 3-2 after the American League Central rivals split a pair of games this weekend.

Detroit is scheduled to host the Kansas City Royals on Tuesday; Minnesota will head to Chicago to face the White Sox on Tuesday.