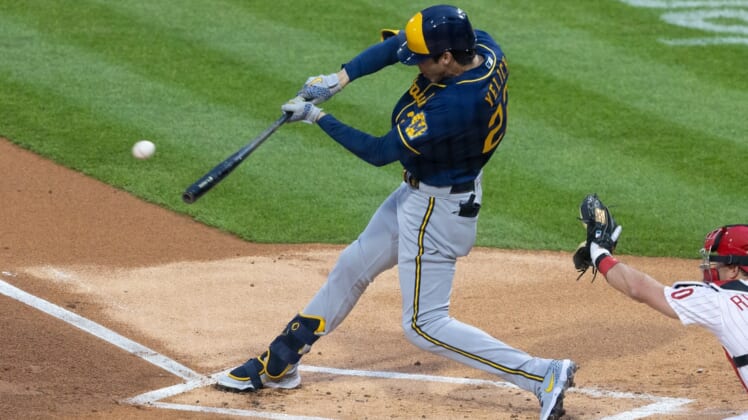 Yelich had been activated Monday and played in the Brewers’ road loss to the Philadelphia Phillies, going 2-for-4 in the 4-3 loss.

“That’s not a realistic way to go through the day. …” he said. “He doesn’t feel good. There’s something else we haven’t diagnosed.”

The Brewers recalled outfielder Tyrone Taylor from Triple-A Nashville in a corresponding move.

Taylor, 27, carries a .323 batting average with two homers and seven RBIs through 16 games with the Brewers.