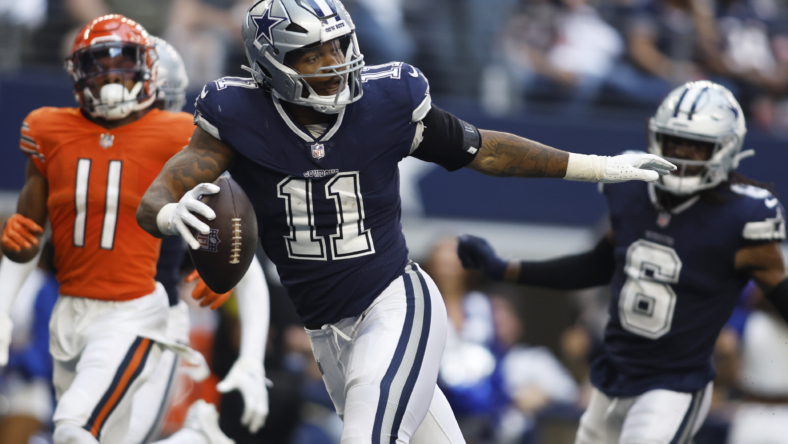 Dallas Cowboys edge rusher Micah Parsons is quickly becoming one of the best players in the NFL and a perennial candidate for Defensive Player of the Year. After scoring a touchdown on Sunday, he now wants to become a two-way player.

Late in the third quarter against the Chicago Bears, Parsons fell o the football after a fumble at the Cowboys’ 36-yard line. The second-year linebacker then got up, briefly tight-roped the sideline before cutting upfield and making multiple defenders miss on his way to a game-sealing touchdown.

It marks Parsons’ first NFL touchdown and perfectly showcased the 6-foot-3 edge rusher’s unique athleticism. Asked by reporters about the play after the game, the Cowboys’ star admitted he thinks it should be more than enough evidence to convince the coaching staff to put him in on offense.

“Yeah, Zeke said I look just like him. I think I definitely deserve a rep now. They can’t say they haven’t seen it in a game. So hopefully I get thrown in a goal-line package or red-zone package.”

Heading into the bye week, Dallas has some time to incorporate Parsons into their playbook. Kellen Moore is on an impressive run as a play-caller and adding a 6-foot-3 athlete to the field who can make plays in open space could potentially enhance the Cowboys’ offense.

However, head coach Mike McCarthy already doesn’t seem too excited about the idea even before Parsons approaches him about it. 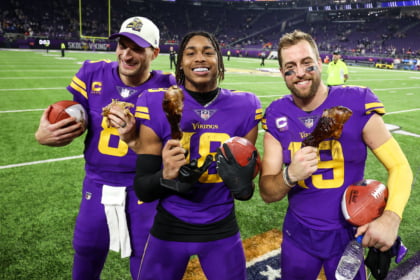 During his post-game press conference, McCarthy was asked about Parsons’ game-clinching touchdown. While he certainly enjoyed seeing it, the veteran head coach also seemed to know exactly what would be coming next.

“I was obviously very excited. But part of me is annoyed because he wants to be on offense already. Now I’m going to have a hard time keeping him out of my office.”

During his two seasons with the Penn State Nittany Lions – he sat out in 2020 – he never played a snap on offense. Playing on both sides of the ball has been a long-standing desire, though, given he pitched the idea to the Cowboys’ coaching staff in training camp.

Parsons last played on offense in high school. During his senior year at Harrisburg High School, Parsons rushed for 1,239 yards and averaged 11.4 yards per carry. In 12 contests, he scored 29 touchdowns and six 100-yard games. Parsons even showed some reliability as a pass-catching threat, turning three receptions into 99 yards. 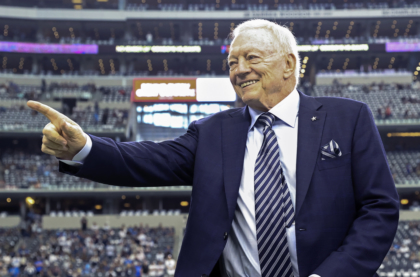 It remains unlikely that Parsons will convince McCarthy and Moore to let him play any snaps on offense coming out of the bye. If it happens, though, it’s not unreasonable to think one of the best athletes in the NFL could score an offensive touchdown.