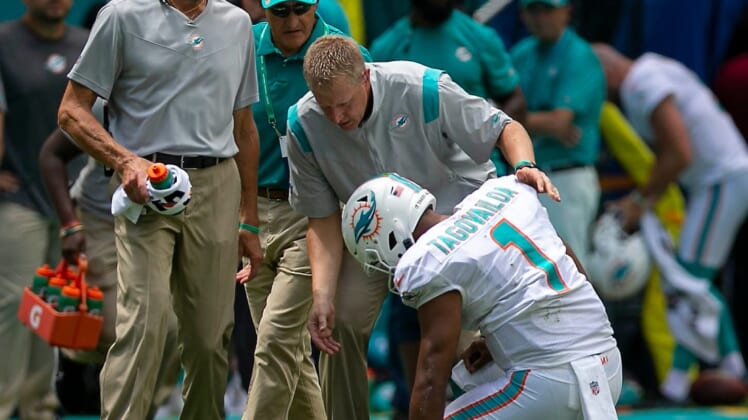 Dolphins coach Brian Flores announced Wednesday morning that Tagovailoa will be sidelined this week and veteran Jacoby Brissett will get the start for 1-1 Miami.

Tagovailoa suffered the rib injury in the first quarter of last Sunday’s game against Buffalo when Bills defensive end A.J. Epenesa sacked him on a fourth-and-2 pass attempt. The quarterback left the game and did not return.

Brissett, a six-year NFL veteran in his first season in Miami, has 32 career starts.

Flores said the Dolphins are evaluating Tagovailoa’s injury on a week-to-week basis.