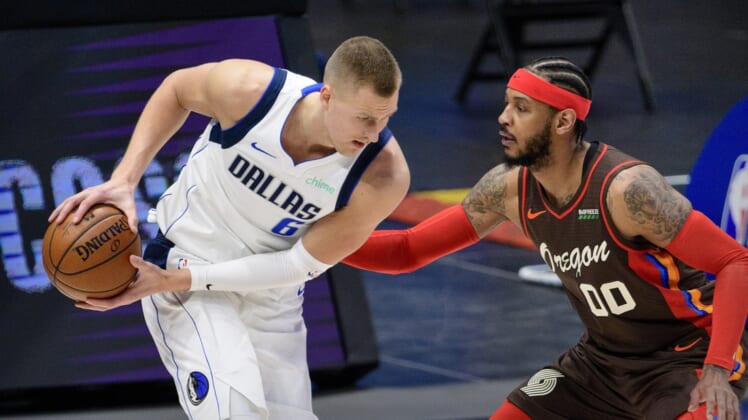 Responding to multiple reports that Dallas was feeling out possible trade partners, Cuban issued a flat denial to the Dallas Morning News on Tuesday.

“It’s not accurate,” he said. “We have not discussed him in a trade at all. Has not happened.”

Porzingis, 25, is averaging 20.5 points and 8.2 rebounds in 17 games this season. He was inactive for Monday night’s 102-92 win against the Memphis Grizzlies due to back stiffness.

The Mavericks are 8-9 with Porzingis in the starting lineup and 6-6 without him.

Porzingis missed training camp following meniscus surgery in his right knee in October and has had to play his way into shape this season.