It seems that not only did the Matt Ryan trade improve the Indianapolis Colts’ competitive level overall for 2022, on one betting site it made them the favorite to win their division next season.

The Colts have been very busy in the NFL quarterback market over the last couple of weeks. First, they traded Carson Wentz to the Washington Commanders a year after giving up their 2022 first-round pick for the former Philadelphia Eagles star.

Then after being linked with Jimmy Garappolo and becoming Baker Mayfield’s preferred trade destination, the team jumped back into the market in a major way when they acquired four-time Pro Bowler Ryan from the Atlanta Falcons on Monday.

While Ryan is viewed as a player on the back half of his career and is coming off his worst season in more than a decade, the 14-year veteran’s addition is seen as a notable upgrade with one book-making site. And it’s led the Colts to rise up the betting charts to now be the favorite to win the AFC South next season.

On gambling site SportsBetting.ag, the Colts are a +110 favorite to win the division title. Followed by last season’s AFC South champion Tennessee Titans — who finished 12-5 — at +125, the Jacksonville Jaguars at +600, and the Deshaun Watson-less Houston Texans at +2200.

Along with their increased chance of winning the division, the team’s odds to reach the Super Bowl also increased as their line went from +3300 to +2200. Which is the ninth-best in the league. The Buffalo Bills are the current favorites to win the Super Bowl this season with +700 odds. 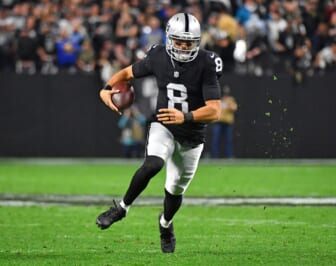