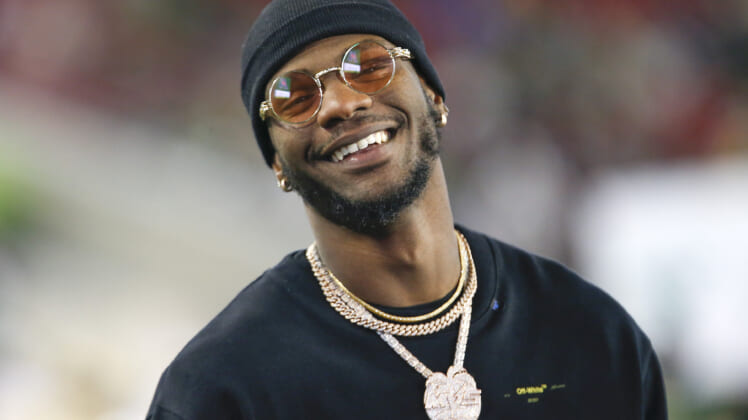 Valdes-Scantling, a fifth-round pick in the 2018 NFL Draft, showed signs of promise with the Green Bay Packers. He averaged 20.9 yards per reception in 2020, setting career-highs in receiving yards (690) and touchdowns (six).

Nate Taylor of The Athletic previewed the Chiefs’ roster before training camp. Among his notes, he wrote that Valdes-Scantling was the best receiver throughout offseason practices. He highlighted the combination of both size and speed Valdes-Scantling brings to the table, something quarterback Patrick Mahomes hasn’t had before in a single player.

This isn’t the first time Valdes-Scantling generated positive reports this summer. Taylor previously disclosed that Mahomes showed a “strong connection” with MVS. The 27-year-old wideout is also excited about the increased role he’ll have in the offense this season.

When he could take the field in 2021, Valdes-Scantling made an impact. Green Bay Packers quarterbacks posted a 94.8 passer rating when they targeted him, per Pro Football Focus. He also wasn’t counted with a single drop across 49 targets.

A year prior, Valdes-Scantling ranked sixth in the NFL in yards per target (11.0), 14th in unrealized air yards (661) and led all wide receivers in average target distance (17.5 yards).

While Travis Kelce will still be the go-to target for Mahomes, Valdes-Scantling is setting himself up to be the No. 2 option and that would translate to a career-best season in 2022.