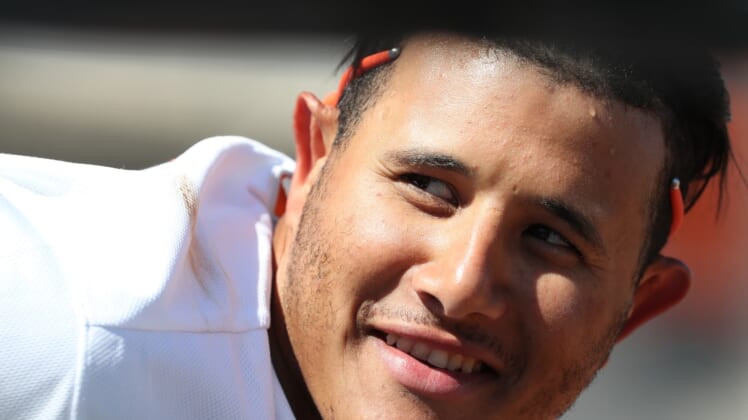 Manny Machado has heard the many trade rumors that have persisted for weeks and even months. Whatever happens, he wants them to end.

The Baltimore Orioles’ star spoke out about the rumors. He noted that if a trade is going to happen, he wants it to happen soon.

Machado said if gonna get traded, wants to get it over with. Tired of the questions #orioles

There’s some good news for Machado. No matter what, he won’t have to deal with this for much longer. The trade deadline is on July 31. Theoretically, Machado could get dealt in August. But it’s hard to imagine a player of his caliber clearing waivers. If he’s going to be moved, it’ll be by the end of July.

In fact, it may be well before then. Recent reports indicated that Baltimore was very close to moving the star. It’s even been suggested that Machado will be moved after Tuesday’s All-Star Game, but before the regular season resumes on Friday.

Manny Machado will represent the #Orioles in the All Star Game….but he is expected to be traded before the regular season resumes later in the week according to sources involved in the trade discussions.

That’s certainly positive for him.

As far as where he’ll play in the field, Machado did make it clear that long-term, he wants to remain at shortstop. But he also acknowledged that a trade could mean a return to third base.

Manny Machado makes clear again SS is where his heart is, but asked if an acquiring team asks him to play 3B, he said, “At that point, I’ve got no say. Whoever takes me, it’s going to be out of my hands.”

That out of the way, there aren’t many obstacles in the way. We understand Baltimore’s desire to hold out for the best deal. But as a free agent at season’s end, Machado is a rental player. So, his value to a new team is entirely based on what he can do this year. Theoretically, every game that is played diminishes the potential return for the Orioles. So, trading him by Friday makes sense.

Where he’ll go remains anyone’s guess. The Los Angeles Dodgers, Philadelphia Phillies, Milwaukee Brewers, and New York Yankees would seem to be the finalists. But with a player of Machado’s caliber, anything can happen.